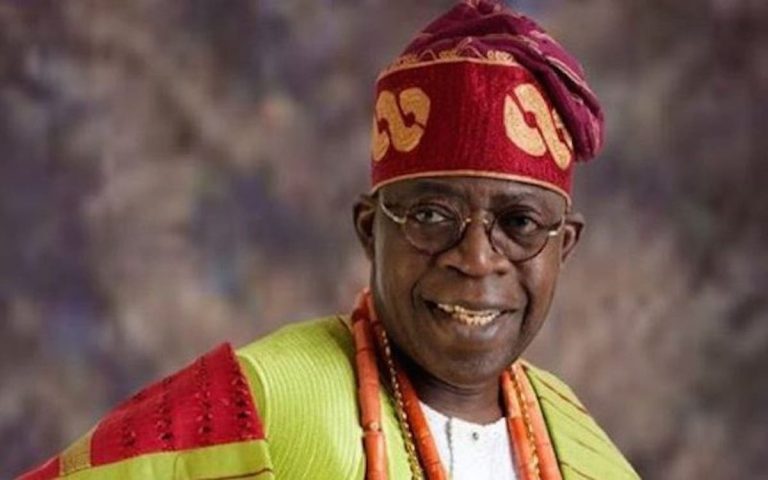 The National Leader of the All Progressives Congress (APC), Asiwaju Bola Ahmed Tinubu, has been advised to declare his intention to contest the 2023 presidency.

A political group known as Kwara State Agenda for Asiwaju (KWAGA) gave the advice in an open letter to the former Lagos State governor.

In the letter, the group asked Tinubu to contest in the 2023 presidential election in order to carry on the legacy that would be left behind by President Muhammadu Buhari

The group also asked Tinubu to settle the infighting of the warring APC factions in the state so that the gains of the 2019 elections victory would not be wasted.

It added: “2019 sweeping victory of APC in Kwara State against the Saraki’s political hegemony was made possible by unity of purpose of all political tendencies to achieve a common goal.

“This resulted in the winning of the governorship election and all the three senatorial seats, six House of Representative seats and 24 house of assembly seats.”

“The current APC in-fighting can lead to the 2019 sweeping victory going down the drain. Unless you, and the APC national reconciliation committee led by Senator Abdullahi Adamu, urgently intervene, all the warring factions can mutually destroy themselves if they continue along this path.

“For those party members egging them on, the party will be destroyed in Kwara State and our teeming members who are supporting your presidential aspiration in 16 Local Government Areas will become political orphans.

“Governor Abdulrahman Abdularasaq, the three senators, at least half of the serving members of Federal House of Representatives and members of state House of Assembly, need to be supported for a second term to consolidate on their policies, programmes and projects they started in their first terms.

“However, they need to come down from their political high horse for true reconciliation.”

Related Topics:Tinubu Asked To Declare For 2023 Presidency
Up Next

Buhari Issues Directive To APC Ahead Of National Convention

2023: Jonathan yet to get backing from Buhari, APC leaders