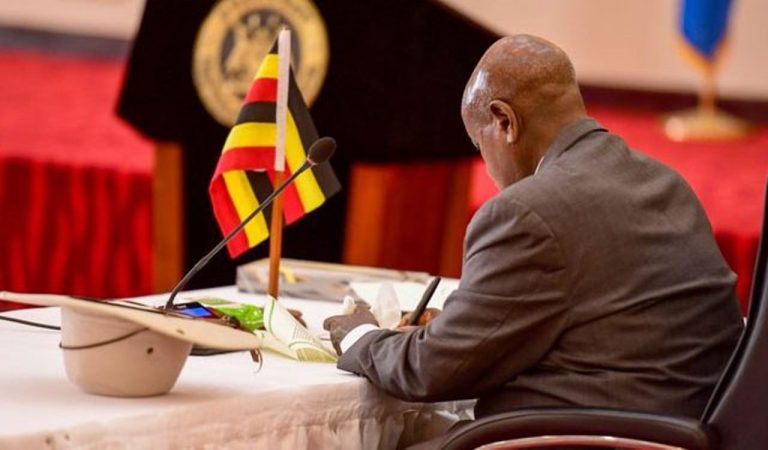 Ugandan President, Yoweri Museveni has signed the National Social Security Fund (Amendment) Bill 2021 into law. This was issued in a statement by the Senior Presidential Press Secretary, Lindah Nabusayi.

In November last year, Ugandan Parliament had passed the NSSF Bill, 2021 which among others, provided midterm access to the contributors and remove restrictions on access for voluntary savings.

The bill was first passed by the 10th Parliament before it was returned to the House by President Museveni and later re-tabled by the 11th Parliament after the lapse of business of the previous Parliament.

The new law further grants the Minister power to prescribe by regulations and in consultation with the Board, the procedure for making voluntary contributions and benefits.

On the supervisory role of NSSF, the Ugandan parliament also voted that the Ministry of Gender takes the lead role in handling social security matters while Ministry of Finance’s role is limited to handling matters on finances and investments of the Fund. This has been one of the most contentious clauses in the Bill.