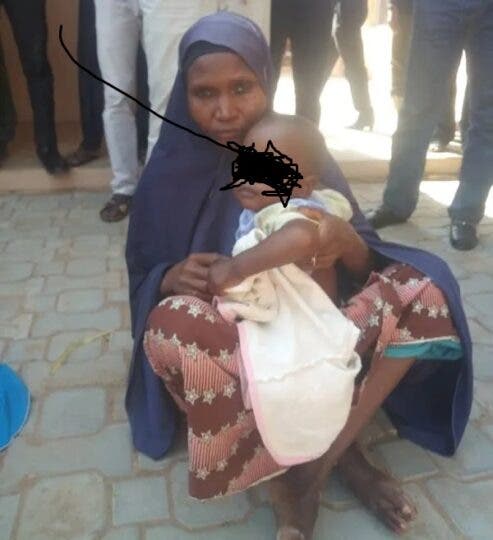 A’isha Ibrahim, a woman from Zamfara, was apprehended with a 2-year-old baby boy she was trying to sell in Gusau, the state capital.

She was paraded with a two-year-old son.

Ibrahim confessed to the crime by saying the child she sought to sell was her co-wife’s son.

She went on to say that she wanted to sell the boy in retaliation for the co-wifes’ alleged theft and sale of her own son.

Elkana stated that after an investigation, the suspect will be handed over to the appropriate authorities for further action.

Related Topics:Wickedness! Wife Arrested Over Plot To Sell Co-wife’s Child
Up Next