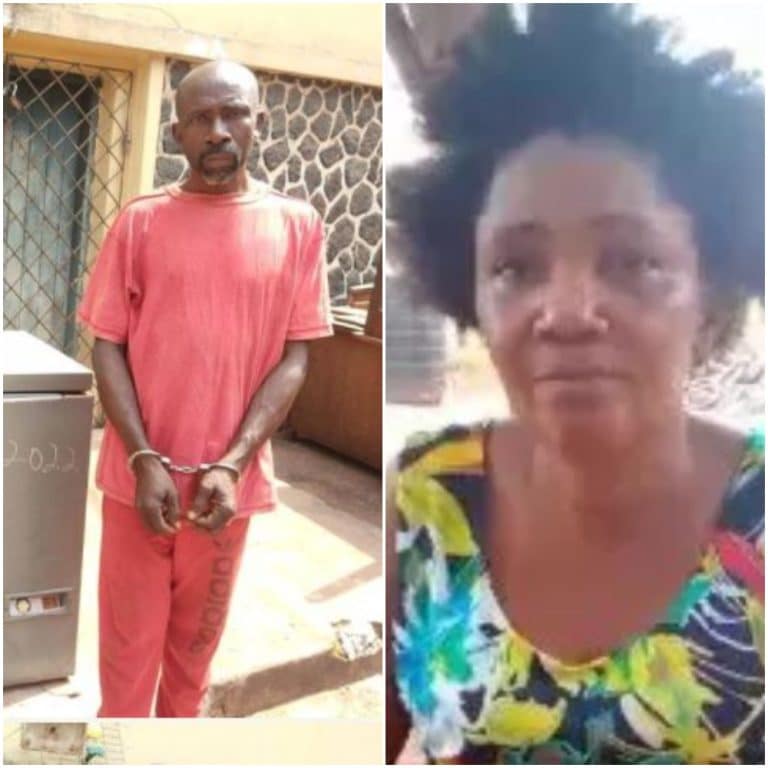 Milliscent Amadikwa, wife to 52-year-old Ifeanyi Amadikwa, who killed and kept his three children in a deep freezer along 74 Nkwubor Road, Emene, Enugu, has narrated what happened.

www.tracknews.ng reports that operatives of the police command arrested one Ifeanyi Amadikwa for murdering and dumping in a spoilt deep freezer, his three female children namely: Chidalum Amadikwa aged 11 (who is his step-daughter), Amarachi Amadikwa aged 8 and Ebubechukwu Amadikwa aged 4.

Narrating the incident to the BBC pidgin, Milliscent disclosed that she came back from the market on the evening of January 4th to discover that her children were missing.

She explained she had gone to the market with her only son and left the other three children with their father at home.

“I left them with their father and went to the market because i sell fresh tomatoes, i came back, open the gate and nobody greeted me.”

She went further to narrate how she began to search everywhere for them.

“I went to search for them at my neighbors, and everyone kept saying they haven’t seen the children since morning. I came back home and ask my husband why he was so unbothered about his missing children?”

Milliscent noted that her husband was sewing his trouser while she looked everywhere for her children.

She said after he finished sewing his trouser, he went to the fridge and called her to come and see the children she has been looking for.

She ran to the fridge and saw her children packed up together inside the fridge with their lips smeared with a white substance.

Related Topics:Wife Of Man Who Killed His Children And Kept Them In A Freezer Speaks
Up Next

How I eat human, sell body parts to strangers