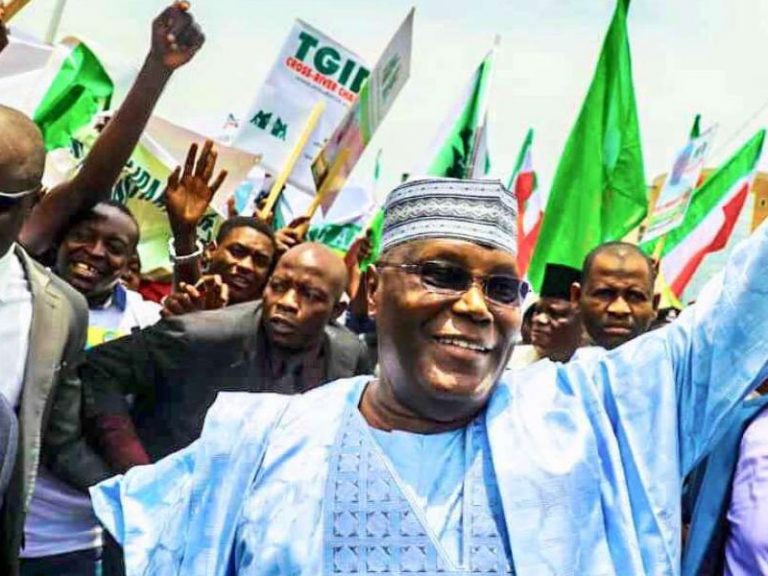 Former Vice President of Nigeria, Atiku Abubakar is set to officially join the race for the 2023 presidency, Naija News reports.

A statement on Friday by the chairman of the technical committee of his campaign group, Chief Raymond Dokpesi said Atiku will declare officially on Wednesday 23rd March 2022.

It added that the declaration will be done at the International Conference Centre, Abuja at 11 am.

Atiku who was the 2019 presidential candidate of the Peoples Democratic Party (PDP) is set to seek the ticket of the PDP again for the 2023 presidency.

It will be recalled that he has already received the Peoples Democratic Party (PDP) nomination and expression of interest form for the 2023 general elections.

The Presidential hopeful was presented the form on Thursday, March 17, 2022 by the North East Business Forum, the group responsible for the purchase of the interest form.

Atiku said the gesture was a promise fulfilled and he is appreciative of the forum’s effort.

Earlier, this online news platform had also reported that Atiku has warned that the Peoples Democratic Party (PDP) may be making a wrong move if it zones its 2023 presidential ticket to the south.

He argued that though the party invented zoning as a way to ensure every region in the country has a sense of belonging, the PDP is not constrained to zone its 2023 presidential ticket to the south.

According to Atiku while speaking on Tuesday with members of the party’s Board of Trustees in Abuja, out of the sixteen years the PDP was in power, fourteen was used by the south, hence the 2023 ticket shouldn’t compulsorily go to the region again.

He added that the ruling All Progressives Congress (APC) might have an obligation to give its ticket to the south, but the PDP shouldn’t be misled due to the pressure about a 2023 southern presidency.

Related Topics:2023: Atiku Picks Date And Venue To Officially Declare Interest In 2023 Presidency
Up Next