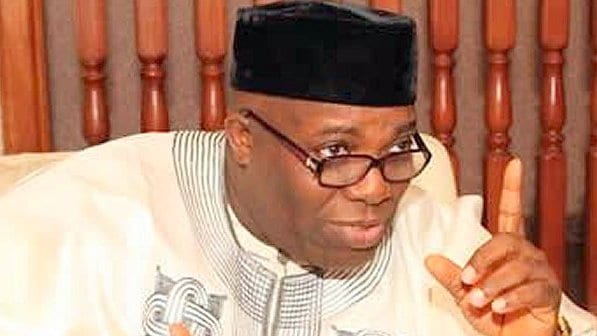 Okupe had earlier expressed his intention to contest in the presidential election under the Peoples Democratic Party (PDP).

The PDP chieftain announced the decision to quit at the Nigerian Union of Journalists (NUJ), Iwe Iroyin, Abeokuta, Ogun State.

Okupe further stated that he and his supporters would be supporting Obi in the forthcoming election.

He also asked all other aspirants from the South; Dele Momodu, Senator Pius Anyim, and Rivers State Governor Nyesom Wike, to declare their support for Obi’s candidacy.

Okupe condemned the leadership of the party for not ruling over zoning of the presidency, saying “It is clear to me that those at the helm of affairs of the party are trying to hoodwink those of us aspirants from the South to commit ourselves to obtain the requisite forms before coming up with the original position that ‘every zone can contest the presidency’.

“I have consulted far and wide with the political stakeholders in my zone. We Yorubas, right from the time of the late Premier of the Western Region, Chief Obafemi Awolowo, have always stood for honour, integrity, truth and justice no matter the situation.

“The Action Group which was largely a Yoruba political platform was used by the leadership to fight for justice and oppose injustice everywhere in the country.

“This was the basis of the cooperation of the Action Group with the UMBC in the middle-belt, and similar groups in the mid-west and Calabar.

“It is this spirit of fairness, forthrightness, and courage that made the Yorubas embrace the AFENIFERE, which was neither a mass movement, nor a political group. It was an association of men and women who stood for truth, equity and justice.

“This is an heritage we the Yorubas must not allow to be diluted in the presence of so much shenanigans and political dishonesty and lack of integrity that has become the hallmark of our new political ethos.

“I turned 70 years a few days ago, and I have made a covenant with my maker that for the rest of my life, I shall uphold this spirit and principles of our forbears as manifestly displayed and represented in our collective socio-political heritage – THE AFENIFERE.

“Two weeks ago, Pa Ayo Adebanjo called me for the first time into his bedroom and admonished me that no matter what circumstances we Yorubas find ourselves in the ever gyrating political circus of Nigeria, I must uphold the truth and follow the path of equity and justice.

“In aligning myself with the wish of our elders and in the interest of equity and justice, I publicly admit that the 2023 political race must be conceded to the South-East; that is, the Igbos.

“I therefore, here and now proclaim that I am, as I have said publicly several times, withdrawing from the presidential race and I am declaring my support for the best aspirant not only in Igboland, but in Nigeria as a whole.

“I and my supporters within and outside the PDP are teaming up with His Excellency, Peter Obi.

“At the same time, I want to enjoin all other aspirants from the South; Chief Dele Momodu, Senator Anyim, and His Excellency, Governor Nyesom Wike to come with me and let us team up with Peter Obi. So we can give the South the best possible chance.

“For the avoidance of doubt, I am not fanning the embers of division, rather I am by this action lightening the torch of unity by establishing political stability on the pillars of truth and justice upon which the Bible tells us that even the throne of the Almighty God is founded.”

2023: Yahaya Bello Opens Up On Reason APC Will Not Use Zoning Formula

INEC: Printing of PVCs Delayed Due To Review Of Voters’ Register