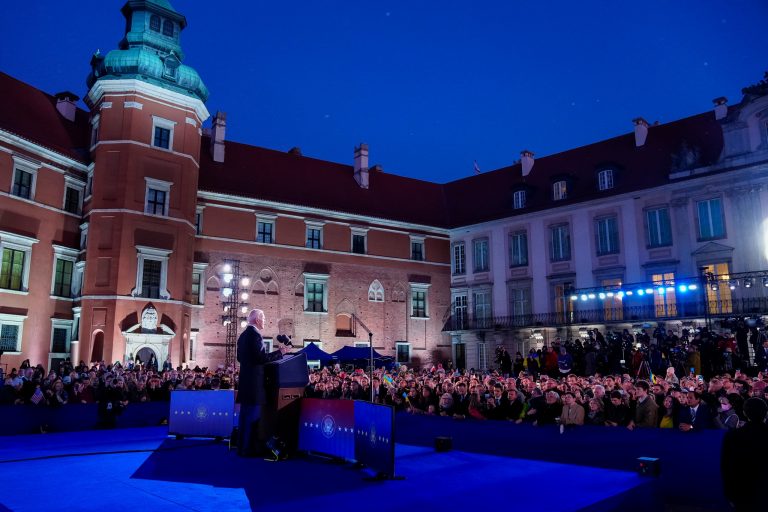 U.S. President Joseph R. Biden Jr. declared on Saturday that President Vladimir Putin of Russia ‘cannot remain in power’ following Russia’s deadly invasion of Ukraine. “For God’s sake, this man cannot remain in power,” President Biden said in remarks meant to highlight efforts by the United States and the international community to support the people of Ukraine. Below are his full remarks at the Royal Castle in Warsaw, Poland.

The White House later walked back those comments with an official telling reporters that “the President’s point was that Putin cannot be allowed to exercise power over his neighbors or the region. He was not discussing Putin’s power in Russia, or regime change.”

Related Topics:Biden declared in Poland that “For God’s sake” Putin “cannot remain in power” after invading Ukraine. Here are his full remarks
Up Next