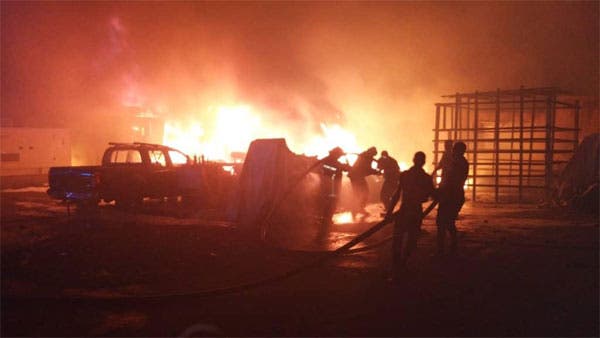 Fire have engulfed a popular market in Karimo, the Federal Capital Territory (FCT) on Thursday morning.

Traders are already counting their losses in the incident as goods worth millions were destroyed in the early morning fire incident.

The cause of the fire is still sketchy as at the moment of filing in this report as efforts are being made to forestall further occurrences.

A trader who gave his name as Sunday, had told The Nations that the inferno started from a shop before spreading to others.

TrackNews understands that this is not the first time Karimo market will be engulfed by fire.

This is coming barely a week after a fire outbreak occurred at Apongbon market on Lagos Island.

TrackNews reports that many stores and properties were destroyed in the fire incident and the inferno had caused a gridlock on the Eko bridge.

Vehicles parked under the bridge were also affected by the inferno which enveloped a large section of the bridge.

It is understood that the Federal and Lagos Fire Services responded to the incident and make efforts to put out the fire.