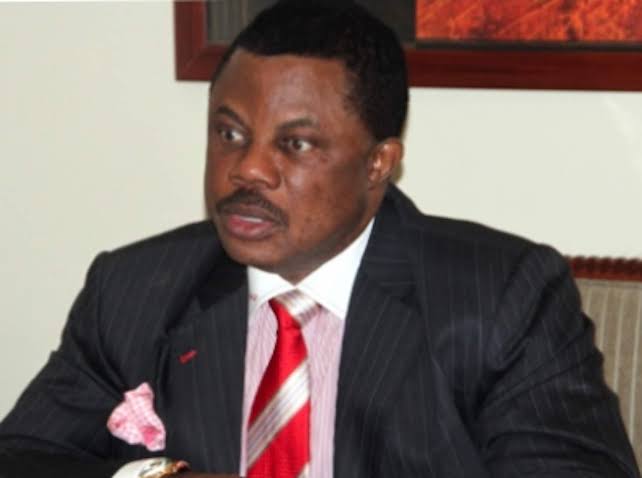 Tracknews understands Obiano who just handed over less than twenty-four hours ago was picked up at the Muritala Muhammed International Airport, Lagos on Thursday night around 8.30pm.

Obiano is said to have been on the watchlist of the anti-graft agency and was picked up while on his way reportedly to the United States.

JUST IN: EFCC Picks Up Willie Obiano At Lagos Airport

Related Topics:Breaking: EFCC Arrests Obiano At Lagos Airport
Up Next

BREAKING NEWS! Hushpuppi Commits $400k Fraud From Inside US Prison