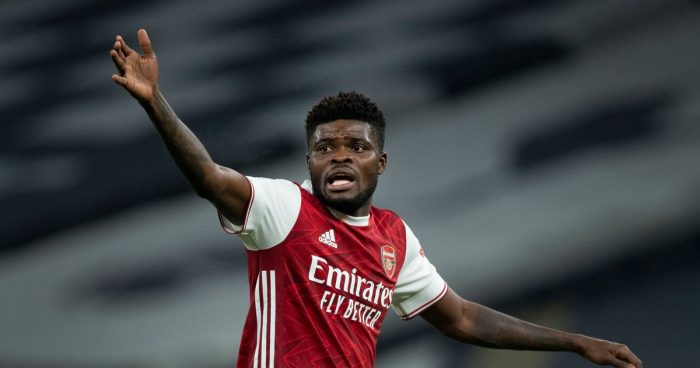 Former Arsenal striker, Kevin Campbell has identified midfielder Thomas Partey as the ‘most important player’ at the club presently.

Campbell said this ahead of Arsenal’s Premier League tie with Aston Villa on Saturday afternoon at Villa Park.

Recall that Partey joined Arsenal from Atletico Madrid in 2020.

The Ghanaian international struggled with injuries as well as inconsistent performances.

However, Campbell believes the 28-year-old has been ‘remarkable’ since returning from the 2021 Africa Cup of Nations (AFCON).

“I have got a lot of time for Thomas Partey, he’s an incredible midfielder,” Campbell told Football Insider.

“He’s obviously taken his time to settle. There were a lot of injuries in the early days, his performances were up and down – he himself gave himself a 4/10.

“But since he’s come back from the African Cup of Nations, all of a sudden – he’s been nothing short of remarkable.”

“They have tweaked it at times, pushing Granit Xhaka further forward in that pivot. He’s been outstanding recently and Arsenal’s most important player as far as I’m concerned.

“Everyone’s starting to see his final form. Protecting the two defenders, excellent on the ball, great passes through to Martin Odegaard, scoring goals. His all-around game is coming through very nicely.”

Related Topics:Club Legend Campbell Reveals Arsenal’s Most Important Player This Season
Up Next