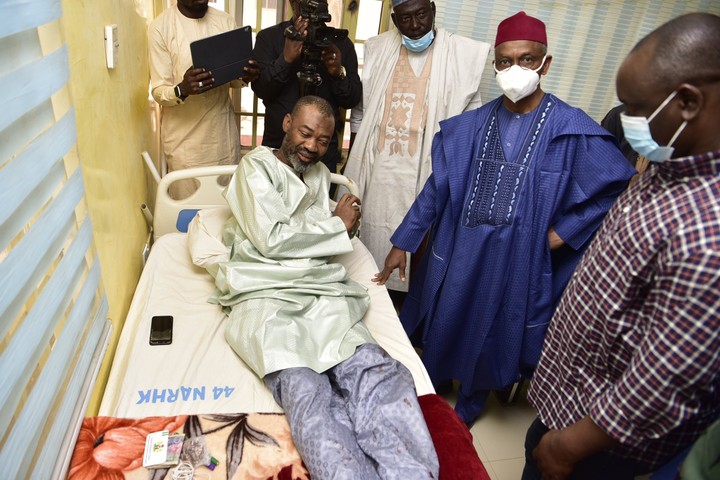 Governor Nasir El-rufai of Kaduna state has visited victims of the Kaduna train attack at the hospitals where they are receiving medical attention.

TrackNews reports that the governor visited the victims on Tuesday morning at the 44 Military Hospital and St. Gerald Hospital in the Kaduna metropolis.

One of the victims of the attack is the former Deputy Governor of Zamfara state, Ibrahim Wakkala, who was sustained a leg injury. 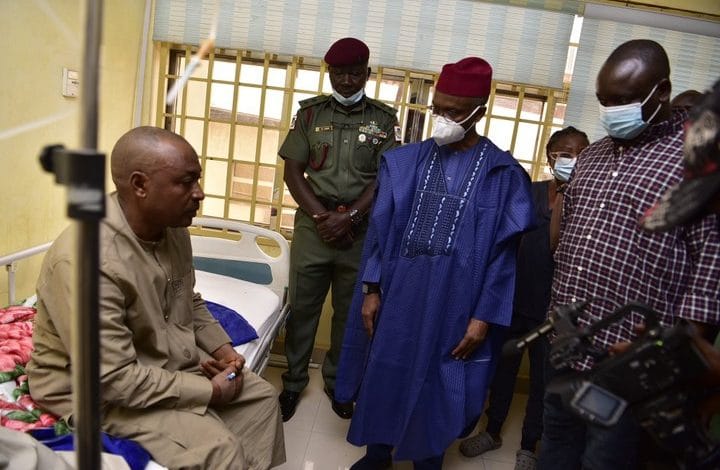 El-rufai commiserated with the victims over the horror attack and stated that the state government will foot their medical bills and other expenses.

The governor also expressed worry over the incident, saying that his administration is doing everything possible to curb the security challenges facing the state. 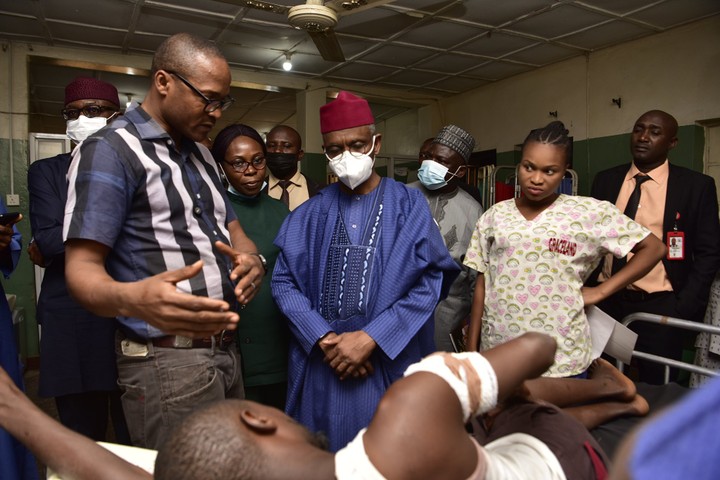 TrackNews earlier reported that bandit terrorists had planted explosives on the rail track which saw the Kaduna-bound train which has 970 passengers on board derail.

It was gathered that the train which took off around 6 pm from the Idu train station at the Federal Capital Territory in Abuja on Monday hit an explosive device about 30 minutes to Rigasa train station in Kaduna.

This news media learned that at least two persons were killed with many passengers injured during the attack on the train.

According to reports, a combined team of security operatives were deployed to the scene of the attack to evacuate the stranded passengers.

Related Topics:El-rufai Visits Victims Of Kaduna Train Attack In Hospital [Photos]
Up Next