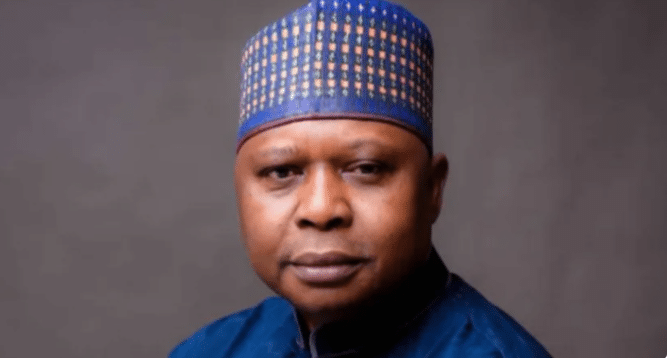 A former Minister of Special Duties and Inter-governmental Affairs, Kabiru Turaki, has hailed the judgment that cleared him of fraud and money laundering charrepor TrackNews earlier reported that a Federal High Court in Abuja had discharged and acquitted Turaki of a 16-count charge bordering on unlawful and criminal misappropriation of N715 million.

Delivering a ruling on the no-case submission filed by the defence, Justice Inyang Ekwo said the Economic and Financial Crimes Commission (EFCC) failed to link Turaki with the charges levelled against him.

The presiding judge said the prosecution could not establish a prima facie case against the accused and his co-defendants and acquitted them of all the charges.

In a statement hours after the ruling, Turaki expressed happiness at the judgement, saying that he had finally been vindicated.

The former minister stressed that his prosecution was illegal and unconstitutional, pointing out that the defence had no iota of evidence against him during the duration of the case.

He said: “Alhamdulillah Rabbil Alamin, Allah indeed is worthy to be praised!

“Dear Nigerians, join me to celebrate as I won my case against EFCC this morning.

“In a landmark ruling delivered by Justice Ekwo of the Federal High Court Abuja, he said my prosecution was not only illegal, null and void but unconstitutional.

“He said there is no iota of evidence against me to warrant me to be called upon to enter any defense.

“He reviewed the so-called evidence adduced by the EFCC and said it did not establish the ingredients of any of the 16 charges they filed against me.

“He made a resounding finding that apart from the fact that all the prosecution ‘material’ witnesses are tainted because they are the culprits who were found to have engaged in brazen acts of corruption and misappropriation of public funds, EFCC refused to charge them in court, but brought them to testify against me.

“In any case, he said all of them have exonerated me of any wrongdoing, as they said in their respective testimonies that I was neither the chief accounting officer of the ministry nor a signatory to the accounts of the ministry.

“That I was not also a member of the ministerial tenders board, and have not authorised any money to be paid to me or any other person for that matter.

“The judge concluded that not only were their testimonials seriously discredited under the barrage of cross-examination fire but that indeed it is so manifestly unbelievable that no reasonable tribunal could rely on the same.

“In consequence of these infallible findings of fact, the judge discharged and acquitted me on all the 16 charges filed against me.”

Related Topics:I’ve Been Vindicated’ – Ex-minister Turaki Reacts To Court Victory
Up Next