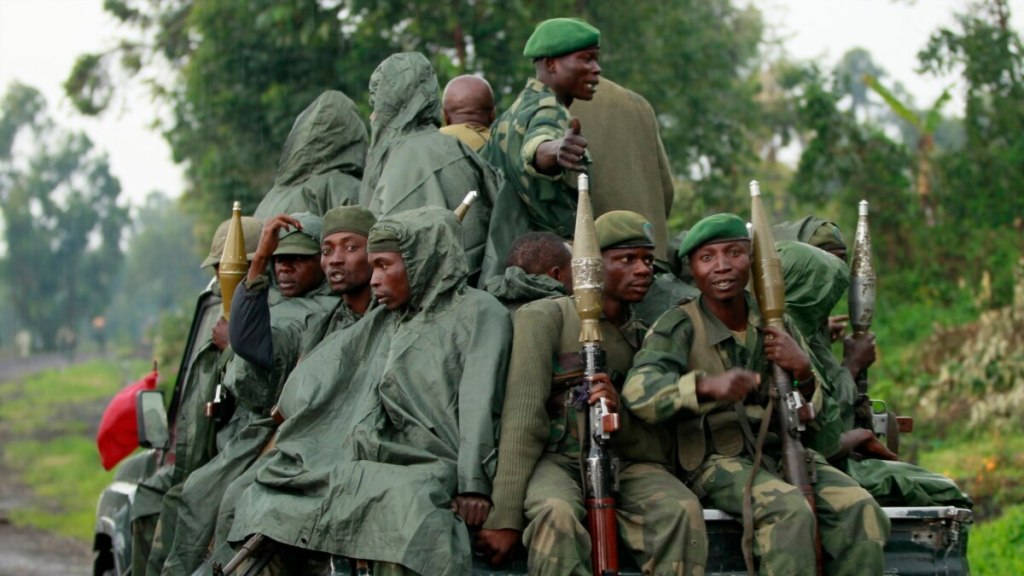 A clash ensued overnight in Eastern DRC, M23 rebels attacked army positions near the Uganda-Rwanda border, according to Officials.

“I confirm the attack from last night on our positions.

“(The village of) Runyoni is also besieged by the enemy but our troops are already deployed to respond and chase the enemy,” said Muhindo Luanzo, assistant to the military administrator of the eastern town of Rutshuru

The clashes began around 1am midnight on Monday near the villages of Tshanzu and Runyoni, close to the provincial capital Goma.

“We don’t know who controls the area, but it looks like it’s a serious attack.

“This time it was more intense than all the previous times,” eyewitnesses told newsmen.

The clashes took place three days after the group, which captured huge swaths of territory during an insurgency in 2012 and 2013, accused the army of battling it.

Tshanzu and Runyoni were the M23’s last strongholds before its fighters were pushed out of Uganda and Rwanda by Congolese and UN forces in 2013.

Since then, regional attempts have been made to demobilise the gang. However, its officials have expressed dissatisfaction with the slow pace at which a peace agreement is being implemented.

“Our organisation, the M23, which has been able to patiently wait nine years for the implementation of the peace process, deplores this dreadful option of violence,” said M23 spokesman Willy Ngoma in a statement last week.

Rwanda and Uganda have already been accused of helping the M23 by UN investigators. Both governments deny aiding the organisation, which intervened militarily in Congo during two regional wars two decades ago.

Related Topics:M23 Rebels Attack Military Base in Eastern Congo
Up Next

Twitter Reacts to Will Smith Slapping Chris Rock at the Oscars

Biden declared in Poland that “For God’s sake,” Putin “cannot remain in power” after invading Ukraine. Here are his full remarks