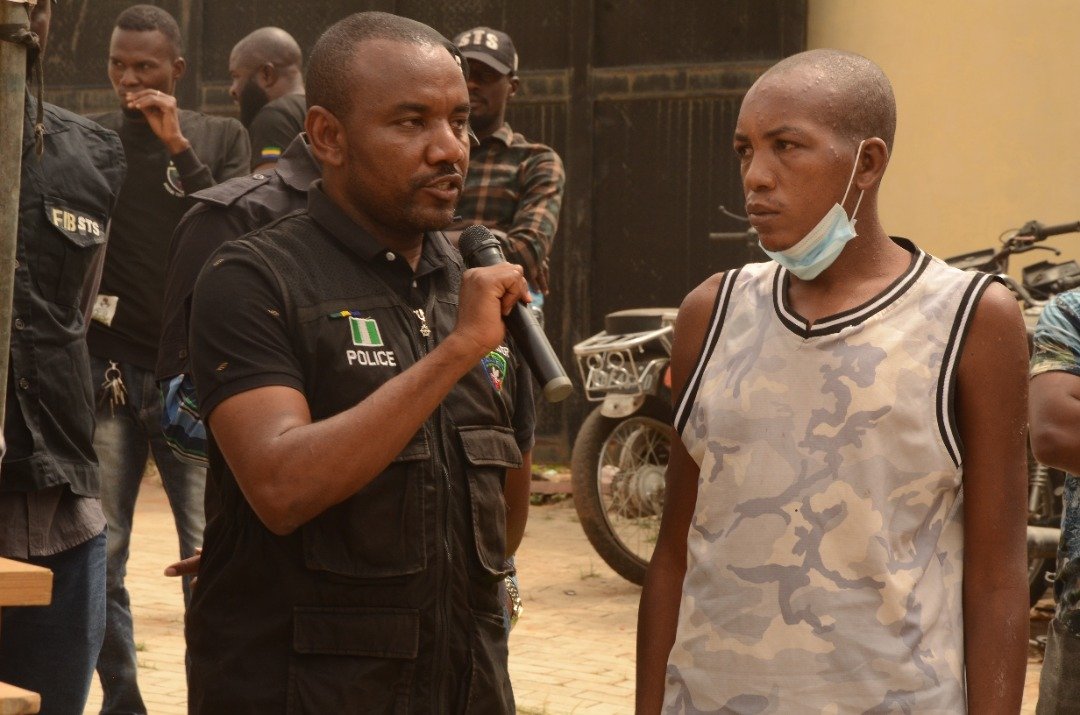 The criminal led a vicious bandit group that have been terrorizing communities and road users along the Abuja-Kaduna expressway.

He had been on the run following a raid that led to the death of a member of his syndicate, Yellow Magaji alias Arushe.

Ashana arrested during a sting operation by officers of the Police FIB-STS.

He admitted to supervising kidnappings on the Abuja-Kaduna expressway and launched different deadly attacks on Kadara town in Kaduna.

The bandit further confessed to the kidnap and murder of Hafsat Isah, lured into their camp by her friend, Ladi Sale, also arrested by the police.

She was in possession of 15 locally made rifles and 400 rounds of 7.62 x 39mm AK47 ammunition concealed in a Toyota Hummer heading to Kaduna from Jos.

The suspect was described an arms smuggler for a number of bandit groups in Kaduna.

Additionally one Nuhu Yakubu, a 33-year-old male from Donga, Taraba State, was caught while conveying 1,500 AK47 ammunition from Wukari to bandits in Donga Forest.

They were linked to major bank robberies at Ondo State, and in Egbe, Yagba West LGA of Kogi in 2021; they killed a security guard.

The suspects specialize in the use of improvised explosive devices (IEDs) to forcefully gain access into banks.

They were caught with N1,880,000 at a checkpoint in Isonu, Kogi, while heading to Okene from their forest hideout.

END TIME!! Pastor Arrested For R*Ping 3 Brothers, Said He Wanted To Release Power Into Them Through Their A#Us