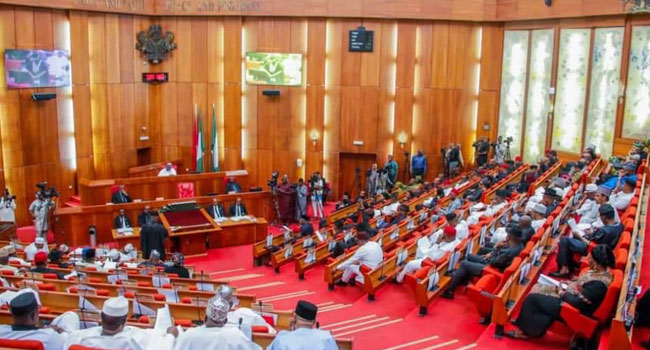 The senate has confirmed the appointments of seven members of the Monetary Policy Committee of the Central Bank of Nigeria.

The confirmation was made on Wednesday after the senate committee considered and adopted the reports on Banking, Insurance, and other Financial Institutions of the nominees.

The Chairman of the committee, Senator Uba Sani, presented and laid the report.

President Muhammadu had noted in a letter dated February 23, 2022 and addressed to Senate President, Ahmed Lawan that the confirmation and renewal of the nominees was in line with Section 12(4) of the Central Bank Act, 2007.

During his presentation, the chairman stated that all the nominees possessed the academic qualifications, technical knowledge and professional experience required to be members of the MPC. He noted that the nominees had been vetted by the Nigeria Police Force, Department of State Services, and possess the Code of Conduct Bureau acknowledgment Slip.

2023: Nigerians Will Vote For APC Again Because Of What Buhari Has Done – Lawan