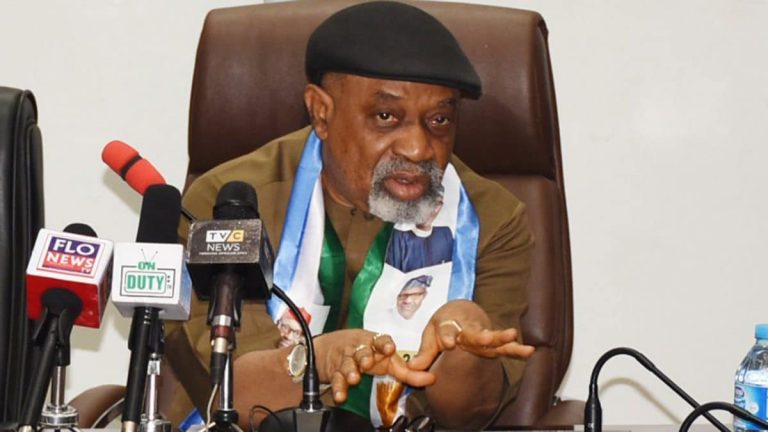 The Minister of Labour and Employment, Chris Ngige on Thursday disclosed that he budgeted ₦50m for the procurement of the presidential nomination and declaration of interest forms of the All Progressives Congress (APC).

According to the Presidential hopeful, his supporters would support him financially, now that the ruling party has pegged the price at ₦100m.

The former Governor of Anambra State while speaking on Channels TV said he has no option but to abide by the decision of the party.

He further stated that the National Chairman of the party, Abdullahi Adamu must have seen certain things before fixing the price of the ticket at ₦100m.

Ngige added that some political appointees don’t contribute to the party again after primaries and this might be the decision of the party to peg its form at at that price.

“For Adamu to say N100m, he has seen certain things. And I was a party official in PDP, unfortunately. I was Assistant National Secretary and Zonal Secretary in the South-East. So, I know the workings of the party.

“That was our experience in the APC. I can tell you that. And they have done the right thing by saying that the young folks – the young ones – have a 50 per cent discount.

“For somebody like me, I was budgeting N50m – my supporters and I. But when the thing came out and it was N100m, they started calling me.”

Ngige while speaking on other presidential aspirants in the party said, “It will be a tough race but the best man will emerge.”

The Minister when asked who the person would be, he said, “I don’t know. I’m not a soothsayer but I know that the best man would emerge.”

When asked how he would raise the funds to obtain the forms, the minister said, “I have supporters; I have well-wishers, don’t bother about me.”

Obiano’s wife must be a Senator