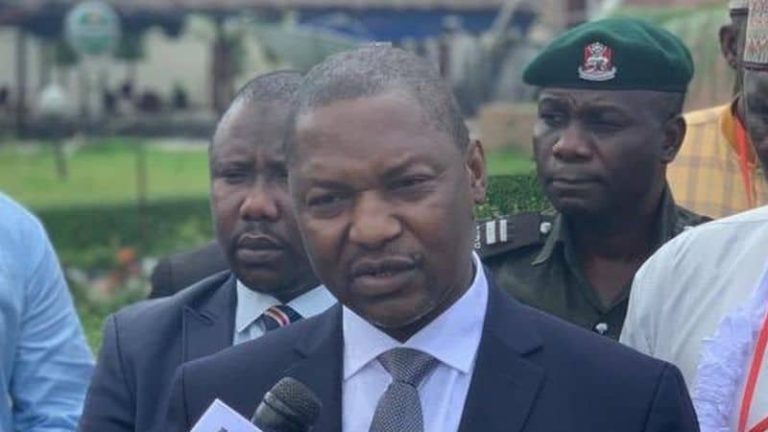 Attorney General of the Federation and Minister of Justice, Abubakar Malami (SAN), has denied joining the Kebbi State governorship race.

It was widely reported on Tuesday morning that the minister had declared interest to join the gubernatorial race and succeed Governor Abubakar Atiku Bagudu.

In an interview on Arise TV on Tuesday, Malami urged the people of Kebbi State to help him realise his governorship ambition.

“If God in his mercies permits, and all goes well, I will as a politician contest the governorship of Kebbi state. I am seeking your support.

“I want to announce that I will contest indeed, and as such, I am counting on your prayers and support so that we can all work and survive the race together.

“I have no history of betrayal, and I won’t betray you, people. I will work for you,” he had said.

But in a statement issued by his spokesman, Umar Gwandu, Malami stated that he won’t contest the 2023 governorship election as speculated.

Gwandu said the minister was misquoted and misrepresented.