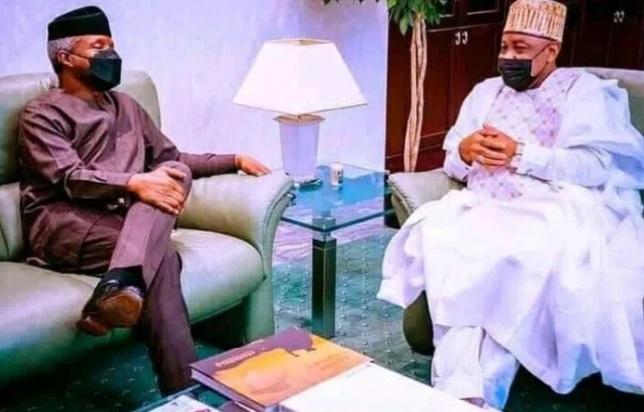 Vice President Yemi Osinbajo has appointed the Senator representing Kano South in the National Assembly, Kabiru Gaya, as the head of his presidential campaign council.

Gaya confirmed his appointment at a press conference on Thursday during his assumption as the Chairman of The Progressive Project (TPP), an umbrella body of support groups for Osinbajo’s presidential campaign.

The lawmaker expressed confidence that the vice president will emerge as the All Progressives Congress (APC) presidential candidate and go ahead to win the 2023 election.

Senator Gaya pointed out that Osinbajo has the qualities and competence to succeed President Muhammadu Buhari in 2023, adding that his presidential declaration showed his brilliance.He asserted that his principal’s ambition is not personal but a response to the call of the people to serve and defend the honour of the country.

“Without an iota of doubt, I am certain that all the knowledgeable people here can attest to the qualities and competence of Professor Yemi Osinbajo,” Senator Gaya said.

He said: “You will also agree with me that his chosen method redefines presidential declarations in Nigeria; he has clearly signalled that noble citizens have no need to descend into gutters – no touts were hired by anyone and his message effectively reverberated across the entire country and the diaspora.

“Globally, climate change, insecurity, drug trafficking, economic problems such as unemployment and inflation along with many other challenges have worsened and all these impact Nigeria and many other countries.

“However, by electing someone of Professor Yemi Osinbajo’s pedigree who has direct insight into the depth of our challenges as well as current strategies and tactics being laid out to tackle them, we have a great chance to move ahead without much waste of time.

“I have total confidence that by the power of the Almighty and the electoral power of millions of Nigerian citizens across the six geo-political zones, Yemi Osinbajo will succeed President Muhammadu Buhari on May 20, 2023.”

Speaking on the N100 million for the party’s presidential nomination form, Gaya said: “Just one youth group with TPP says that they can raise N100m with rough voluntary contributions of N10, 000 each by 10, 000 of their supporters who are keen about seeing a better future.

APC: “Anyone In Government That Pays ₦100m For A Nomination Form Should Be Answering Questions” – Omokri