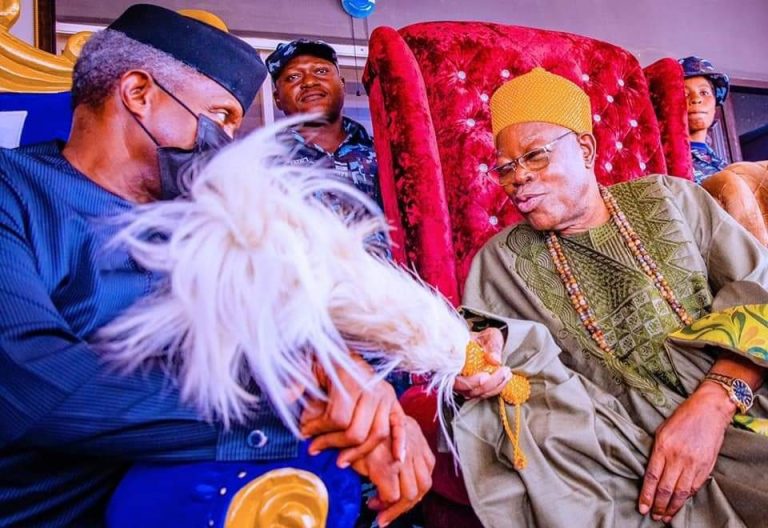 Vice-president Yemi Osinbajo has on Friday paid a courtesy call to the palace of the Olubadan of Ibadan, Oba Lekan Balogun Ali-Iwo Okunmade II.

The vice president who recently announced his intention to run in the 2023 presidential election informed the monarch of his aspirations.

The VP stated that he has being involved in governing the country in seven years because the President considered it the right thing to do.

“In his generosity, and openness, he gave me every opportunity to serve, including sensitive international assignments.

“I also acted as President during certain periods when the President was away and everything I learnt as acting President has prepared me to run as President of our country,” he said.

He explained further that God who does not make mistake has given him the opportunities to understand governance at the highest level.

He said: “One advantage I would have is that on day one, I can hit the ground running because I know what it takes

“All of it was not just so that I can sit down and write a memoir, no, it was to come handy one day and I believe the time has come.

“One advantage I would have is that on day one, I can hit the ground running because I know what it takes.”

Related Topics:2023: Osinbajo Tells Olubadan Reason He Should Be The Next President
Up Next

APC: Tension in ‘Buhari House’ as Adamu suspends all directors