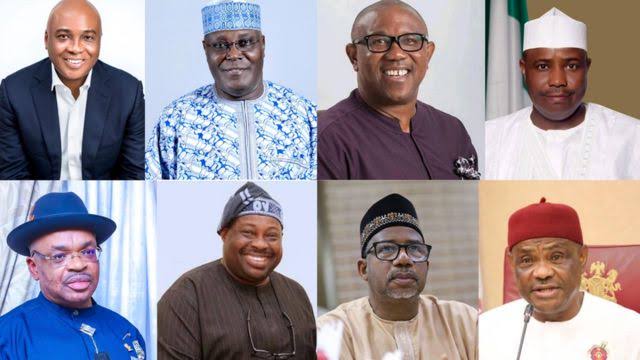 The Peoples Democratic Party is set to screen seventeen presidential aspirants today in Abuja ahead of its primaries scheduled for May 28 and 29.

TrackNews had earlier reported that the main opposition party appointed former Senate President, David Mark as the chairman of a nine-man committee expected to screen the aspirants.

The National Chairman of the party, Iyorchia Ayu would oversee the presidential screening appeal panel.

The PDP is seeking to regain power from the All Progressives Congress after losing out in the 2015 general elections.

The party would hope to present the best presidential candidate in its plan to secure the votes of Nigerians in the 2023 presidential election.

Related Topics:14 Others Today2023: PDP Screens AtikuSarakiWike
Up Next