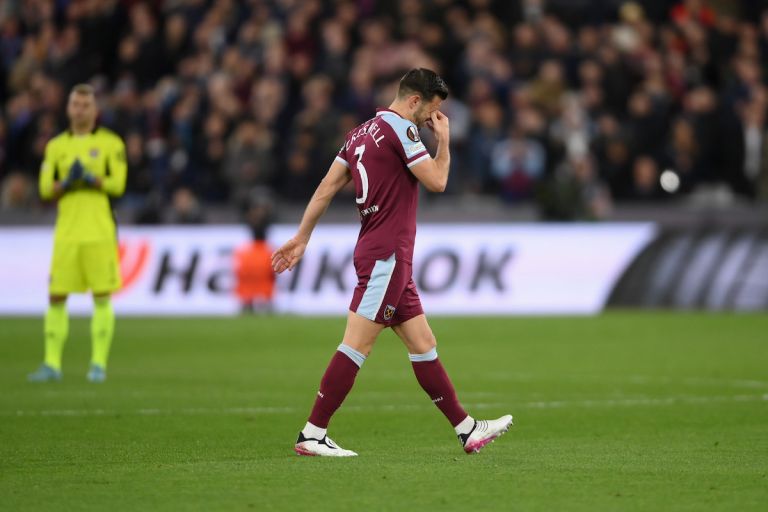 Aaron Creswell was sent off against Lyon midweek so will, unfortunately, serve a suspension, but there is some good news for West Ham fans.

As per UEFA’s rules, relayed by Claret and Hugh, a straight red card in the Europa League means the player will miss one game, but UEFA can upgrade this ban if it’s a serious offence.

Due to the nature of the red card, it’s unlikely his suspension will be upgraded. This means he will only miss the second leg of the quarter-final.