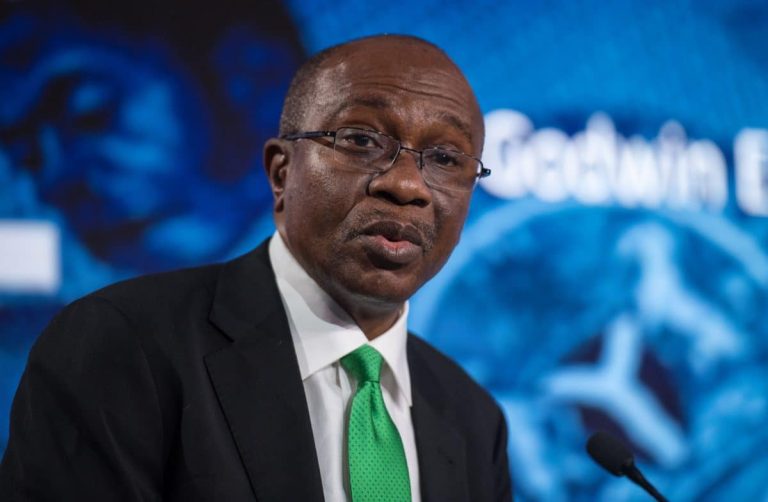 Godwin Emefiele, the Governor of the Central Bank of Nigeria, has announced that the Dangote’s refinery will reduce the country’s import bill on petroleum and other commodities by 40 percent.

Emefiele disclosed this during an interview at the International Monetary Fund meeting in Washington DC, United States on Thursday.

He explained that the refinery would be producing about 650,000 barrel per day which would consequently reduce the demand for foreign exchange.

According to him: “With Dangote Refinery coming up with the 650,000 barrel per day, hopefully by the end of the year, that will reduce the demand for foreign exchange that normally will go for the importation of petroleum products.

“I have also said that between the importation of refined petroleum products and other products like rice, sugar and wheat, we spend close to about 40 per cent of the foreign exchange that is needed to fund imports into Nigeria.

“And if we find, for instance, a situation whereby around the end of this year, we no longer need foreign exchange to import petroleum product, rice or maize, I believe that the demand will drop.

“And as the demand drops, I believe that whatever supply we have is able to match the demand; and then we can see a stable exchange rate.”

He also explained that the country would continue to restrict foreign exchange for import goods that could be locally produced.

He said, “But at the same time, while you are adjusting price you must also do something about supply and demand. That is the reason we are saying that we need to do something on the demand side, to make sure we restrict foreign exchange access for those things we can produce locally.”

“We have been at this since 1986, whereas, we are also doing something to adjust the currency.

“For instance, between 2015 and now, you will observe that we have adjusted the currency from about N155/dollar to about N410/dollar, N420/dollar, that it is today.

“So we cannot be accused of not adjusting the currency. We are trying to adopt a very gradual approach towards adjusting the price to the level that it is today,” he said.

Related Topics:Dangote Refinery Will Reduce Import Bill By 40% – CBN Governor
Up Next

2023: Buhari To Endorse Favourite Among Osinbajo, Amaechi, Tinubu, Others Before May

FG, US partner to end trafficking