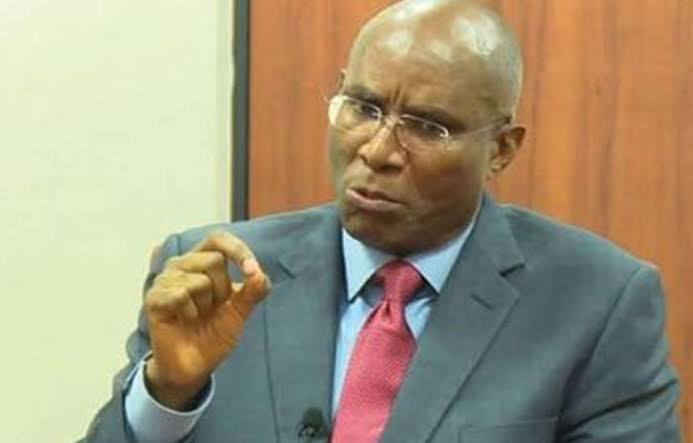 Deputy President of the Senate, Senator Ovie Omo-Agege has accused the Delta state government of allegedly spending a total of one hundred and sixty-eight billion naira in the last seven years on retaining a long list of political aides.

Senator Omo-Agege who recently declared his intention to contest next year’s governorship election on the platform of the All Progressives Congress, APC, said it was sad that such a staggering amount of money could be frittered away on aides at a time so many unemployed graduates were roaming the streets as Keke riders.

Senator Omo-Agege commended High Chief Akara for his uncommon support for his governorship ambition and said it was unfortunate that the state government was wasting as much as two billion monthly on a long list of aides and when calculated in the last seven years it amounted to 168 billion naira.

“ Unemployed graduates are all over the place, yet you see the government spending two billion naira monthly to pay aides, many of them don’t have offices. Two billion monthly in seven years will give you 168 ‘

“If he had used the money to give them long term employment it would have been ok. But he spends it on aides, where many don’t have offices. “

“There is 16 billion naira in the budget to start the Federal Polytechnic taking off in the state. And the money will complete the project. It will build the six Faculties, hostels. Then imagine what could have been done with 168 billion nairas in the state”.

When contacted for a response, the Delta state Commissioner for Information, Mr Charles Aniagwu said the state was not spending two billion naira monthly on aides, adding that it had not spent such a staggering amount in the last seven years.

He said the aides recruited were Deltans contributing to the growth of the state.

“Is the calculation right? So we had all the aides from day one when the governor was sworn in. In any case, we are not paying two billion to aides. Don’t forget, I am one of them he is talking about.”

“ The salary we pay is to Deltans who earn money to build their families. They contribute to peace in the state. If you ask him, he has aides too except he wants to say he is working alone. The aides we have are all working for the state “.

Related Topics:Delta has spent N168bn on political aides — Omo-Agege
Up Next