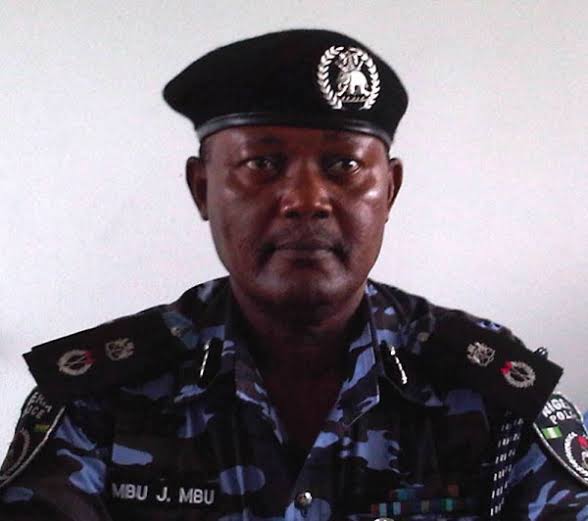 In a petition dated 12th April 2022, titled Complain of Criminal Conspiracy and Financing of Cult Group, Possession of firearms, against Mbu, Cocoa Landlord Communities Association led by Retired AIG Njah Egbe Njom as well 10 Clans of Etung LG of Cross River alleged that Mbu has been using young men believed to be cultists to arm twist people in Erung Local Government over land rent which the people are expecting from the State Government.

Mbu, according to the petition has also been using policemen from Alagbon Close in Lagos to harass, threaten and even arrest without trial, members of the community. The Petition revealed in detail how the community appointed leaders to represent it’s interests before the Government over the land rented by the Government and how Mbu attempted to thwart their efforts by constituting his own Committee and how he was dragged to court and judgement was secured against him yet he has continued to act contrary to the power of attorney granted to their legal representatives. The petition gave details of how the retired AIG has continued to brag that the Inspector General of Police and other senior officers are his boys and therefore they cannot do him anything.

According to the petitioners, Mbu has been using the armed cultists to terrorise the Communities and parading himself as the duly empowered authority given the rights to represent them despite a court ruling to the contrary. Mbu, was also fingered as being behind the arrest and detention of Henry Etta Orok on 11th of March, 2022. ” YTill date he has not been released, notwithstanding entreaties and court order to release him which were treated with disdain by Police officers at Alagbon, FCID Close, Ikoyi Lagos where he has been detained. A court order to release him was secured 21st March, 2022.”

The petition queried why the police officers at Alagbon are operating above the law and still holding a person already ordered released by the court. It also questioned why investigations concerning the case are not taking place in Cross River where the supposed incident happened but in Lagos. Moreover, the petitioners also raised the issue of the inappropriateness of Police involvement in a civil case as the person who alleged embezzlement of Cocoa rent could have sued to claim anything he wanted in a civil court rather than use the police to arm-twist law-abiding people, including another retired Police Assistant Inspector General, who presently heads the Committee the communities appointed, and whose role, Mbu wants to forcefully take over.

The petition further queried why the police has to serially disobey court orders, operate in impunity on this case, even when they have been served on in Lagos as well as Force headquarters.

Related Topics:EX-AIG JOSEPH MBU DRAGGED BEFORE IGP OVER USE OF CULTISTSPOLICEMEN TO TERRORISE CROSS RIVER COMMUNITIES
Up Next