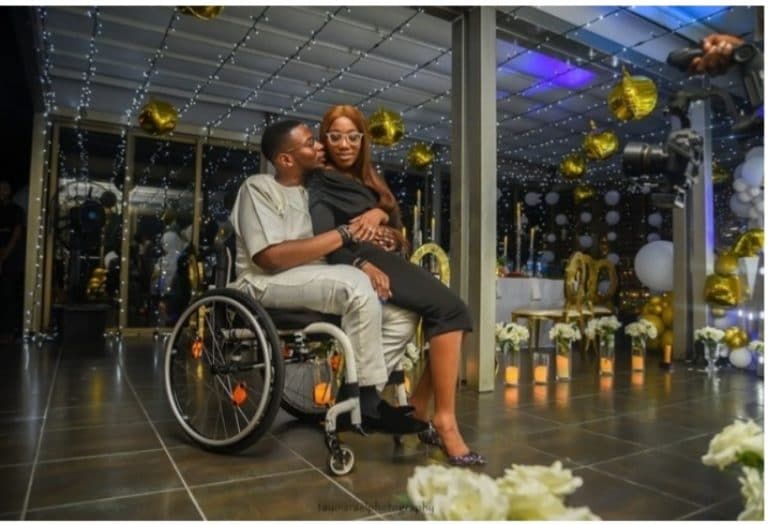 Son of former Ogun State governor, Gbenga Daniel, Debola, who recently called off his engagement and canceled his wedding plans, to his long-time Jamaican girlfriend, Tasha, have now found love in the arms of another woman, Morenike Ademiju.

Debola got engaged to his new found love, Morenike in a very private ceremony in the United Kingdom before very few family and friends.

Taking to Instagram to speak about their relationship, Morenike narrated what stood Debola out from many others and why she is choosing to walk down the aisle with him.

Revealing how they met, Morenike said; “Our love story started before we knew it was being written. We actually went to the same primary school and I had always known him and his siblings.

“But I was more focused on eating all the sweets and Caprisonne I could find back then! Even my mum knew him, and over the years she would occasionally ask about him, which I had no real answer to because we didn’t keep in touch.

“Fast forward to some years later and he posted a tweet that went viral on Twitter. At first, I wasn’t sure if it was him because he was a lot cuter than I remembered. But he confirmed that he did actually go to CTC International school.

“He was always cute in school, but this new and improved Debola was next level. The glow up was definitely real! We started talking in starts and stops first on Twitter, then we moved to WhatsApp, then back to Twitter and finally moved back to WhatsApp.

“He is very intelligent and his diction is amazing, so our friendship started easily. And here we are.”