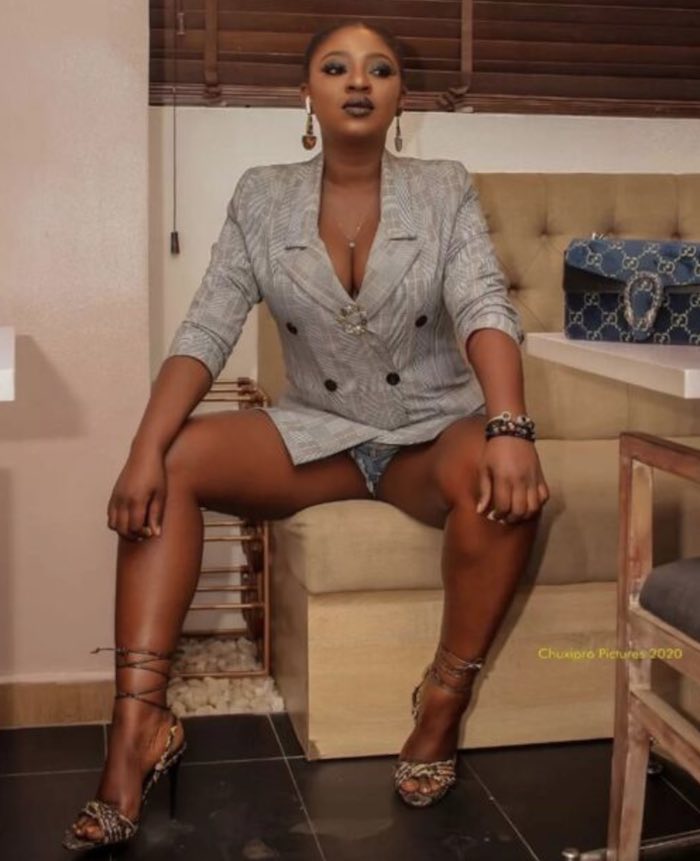 The actress’s outburst came after another actress, Uche Jombo called for the husband of the late gospel singer, Peter to be sentenced to life imprisonment if found guilty.

Perhaps upset by the very sad circumstances that led to the death of popular gospel singer, Osinachi Nwachukwu, Nollywood actress, Yvonne Jegede has declared that she’s not ready to trade her life for anyone no matter the odds.

The actress’s outburst came after another actress, Uche Jombo called for the husband of the late gospel singer, Peter to be sentenced to life imprisonment if found guilty.

“I will not trade my life for anyone. I am forever grateful for where I am, where I have been and where I am going.”

Jegede’s reaction may not be unconnected with the crashing of her marriage to Abounce who’s a rapper- turned-actor in 2019.

The actress confirmed that they were ‘no longer living together and have gone their separate ways’ in an interview.

Meanwhile, reacting to Osinachi’s death, Uche Jombo wondered how a man who is meant to protect his wife could be that brutal. She hopes that the late singer will get justice.

“The more I read and hear(what happened) the sadder her death becomes. Osinachi’s story keeps getting worse; how can a man do this to someone he was supposed to love and protect?

“I hope he will be jailed for life. She deserves justice! He was her greatest life enemy in disguise,” the actress wrote.

Osinachi died last week in Abuja, her death sparking controversy and the deceased family formally filing a complaint of culpable homicide against Mr Peter Nwachukwu who is her husband.

Related Topics:Yvonne Jegede Declares“I Won’t Trade My Life For Anyone” — Actress
Up Next

BNXN Surprises Dad With Car Gift On His Birthday