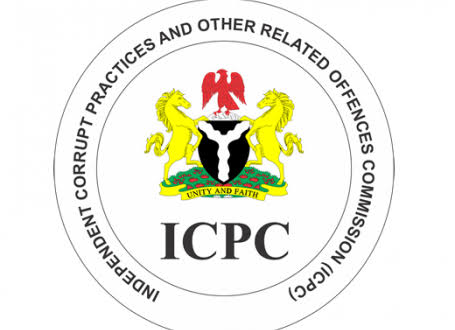 The Commission, in a 3-count charge filed before Hon. Justice F. J. Agya of High Court 2, Taraba State, accused Oparinde of holding private interests in two companies he awarded contracts while being bursar of FGGC, on three occasions to the tune of N16m between 2011 and 2014.

This was disclosed in a statement signed by the Spokesperson, ICPC, Mrs Azuka Ogugua and made available to newsmen.

ICPC Counsel, Mashkur Salisu told the court that Oparinde in 2011 awarded a contract to renovate a burnt bursar’s quarters in the school to his personal company, Rajoseph Nigeria Enterprise for N3,787,000. Within the same year, Oparinde also awarded the completion of a perimeter fence in the school to another of his companies, Taidebo Nigeria Enterprise for N7,721,731.

The court also heard how Oparinde, while still being bursar of FGGC in 2014, awarded a contract to his company, Rajoseph Nigeria Enterprise to renovate a dilapidated block of Agriculture Laboratory for N5,000,000.

The convict by his actions thereby contravened Section 12 of the Corrupt Practices and Other Related Offences Act, 2000. The convict had pleaded guilty to all the charges when he was arraigned in November, 2021.

The defence counsel, Umaru Fonga Esq. in his allocutus pleaded with the court to consider the fact that the convict was a first time offender; a senior citizen whose health was failing; as well as his status as a husband and father of five to tamper justice with mercy.

BREAKING: I Don’t Know Whether There Will Be 2023 Election Yet – Pastor Adeboye Says