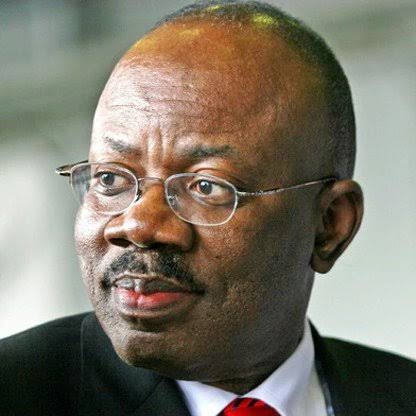 Whoever said that institutions run by human beings are not ultimately the same in scope and operation? Well, compared to banking, it also seems as if politics is a dirty game but banking is safe.

In reality, banking is every bit the equal of politics when it comes to personal interests. And so it is that the founder of Zenith Bank, Jim Ovia, has been accused of being the undisputed owner of Titan Trust Bank, even though the bank’s brochure has someone else’s name and image there.

Banking takeovers have been going on in Nigeria since forever. As long as a bank can comfortably seize power from another, it will. What does not happen often, as far as the public knows, is a major power in the banking industry organizing and reorganizing events to come out on top by coming into the possession of another bank without letting anyone in on his intentions or role in the takeover.

This is what Ovia has been accused of doing.
According to the allegations, Ovia is the hidden figure behind the management at Titan Trust Bank, and it is thanks to him that the bank was able to acquire 89.4 percent of Union Bank.

In fact, at the time of this acquisition, many people wondered how Titan Trust was able to accomplish the impossible being that it is like a 5-year-old child compared to the 33-year-old man that is Union Bank.

So, from the reports, Ovia lent the manager all the wisdom and funds, not to mention connections, necessary for them to take over Union Bank. Of course, the majority of the analysis that led to this conclusion are speculations. But even speculations come from somewhere.

The main question is whether or not there is any danger present in Ovia owning Titan Trust Bank (and Union Bank, as a consequence) and his original Zenith Bank.

Does that make him the lord of three commercial banks or not? Well, we will find out in time.

Related Topics:Is Jim Ovia the Real Owner of Titan Trust Bank? As Story Fly Across the Banking Sector
Up Next