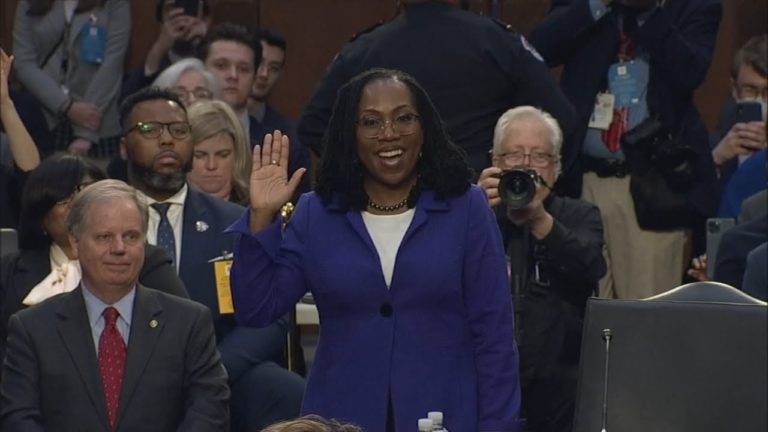 A black woman will be appointed to the US Supreme Court for the first time in American history. On Thursday, April 7, in a historic Senate Floor vote, 51-year-old Judge Ketanji Brown Jackson was confirmed as the 116th Supreme Court Justice.

Senate Majority Leader Chuck Schumer opened the final Senate vote on confirmation by saying, “There are three words I think best fits Judge Jackson: brilliant, beloved, and belong. It is a great moment for Judge Jackson, but it is even greater moment for America as we rise to a more perfect union.“

“This is a wonderful day, a joyous day, and an inspiring day for the Senate, for the Supreme Court, and for the United States of America,” Schumer said.

For four days in March, she had to answer questions from senators for 30 hours.

Republican members of the judiciary committee did not vote for Ketanji Brown Jackson. The partisan decision resulted in a final vote tie of 11-11. She did, however, get bipartisan support in the chamber’s general floor vote, winning confirmation by a vote of 53-47.

She was born in Washington, D.C., and grew up in Florida before going to Harvard University and Harvard Law School. She is the only Supreme Court Justice who has previously worked as a public defender.

She will take over for Justice Breyer, and will formally assume her place in the court when Judge Breyer retires at the end of the term in June/July.

Related Topics:Judge Ketanji Brown Jackson Confirmed As The First Black Woman To Join The US Supreme Court
Up Next