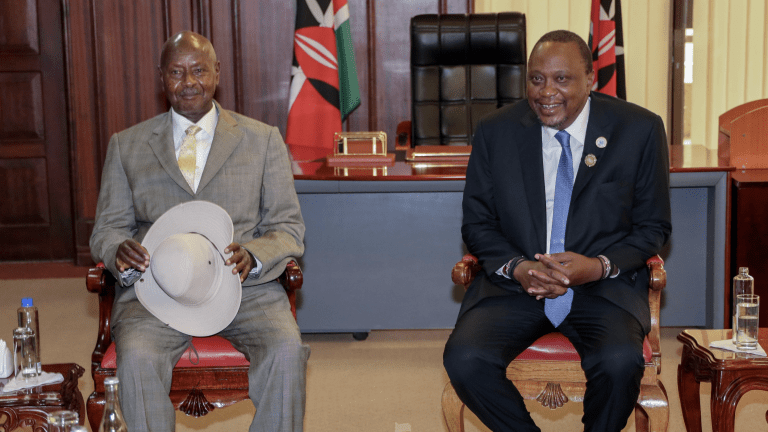 Kenyan and Ugandan traders have signed a memorandum of understanding to help end non-tariff regulatory disagreements.

The two sides promised in a joint declaration to harmonise agricultural rules to avoid delays and bureaucracies in doing business.

“The signing of this memorandum today will enhance agricultural trade between Uganda and Kenya, improve interdependence of agro-based industries in the two countries. The document will advance and actualise the resolutions arrived during September 2021 at a trade symposium in Mombasa,” the joint communique reads.

Business organisations, who are thought to be the most affected by non-tariff barriers (NTBs), argue that establishing comparable safety, cleanliness, and paperwork standards will help avoid unnecessary delays.

The dealers plan to submit their proposals to their respective export departments for approval.

Mustafa Ramadhan, chairman of the Kenya National Chamber of Commerce and Industry in Mombasa, advised Uganda to use Kenya’s efficient transportation systems, such as the Standard Gauge Railway and the Inland Container Depot in Naivasha, to convey their goods.

A delegation from Kenya led by Trade Secretary Betty Maina has been in Uganda to deliberate on the matter after Kampala raised concerns over Nairobi’s imposition of taxes on goods coming in from Uganda and banning milk and poultry products.

Ms Maina met with her Ugandan counterpart Amelia Kyambadde as well as President Yoweri Museveni and it was agreed that both countries do away with the punitive taxes.

During the signing of the MoU, Uganda Consul-General, Paul Mukumbya said Uganda will benefit from the deal considering it has a surplus of agricultural produce with need for a ready market.

“The two countries have come up with recommendations for priority improvement in the management of export quality standards for agro-products and soon our milk, Lato, which was banned in Kenya, will be on your shelves. We hope the signing of this MoU will strengthen cooperation as we seek to gain a better understanding of the vital role of agriculture and trade within the region,” said Mr Mukumbya.

Kenya would no longer levy a 35% duty on gas cylinders manufactured in Uganda as a result of the MoU.

Uganda, on the other hand, consented to remove the 13 percent levy it had placed on Kenyan juices, malted beer, and spirits, which it said was in violation of the EAC Customs Union Protocol’s spirit.

Related Topics:KenyaUganda Traders Sign Deal to End Barriers
Up Next