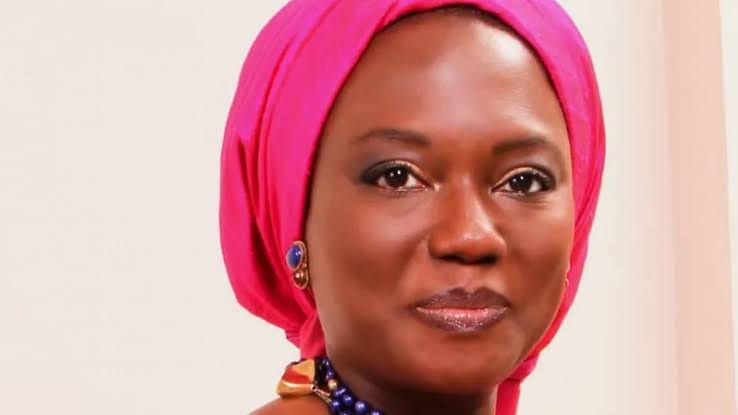 Lekoil Nigeria Limited has filed a petition in the Grand Court of Cayman Island Court to request the just and equitable winding up of Lekoil Cayman to avert value loss by shareholders of the AIM-Listed company.

This new turn of events was disclosed by the Chairman of Lekoil Nigeria Limited, Mrs. Aisha Muhammed-Oyebode in a letter she wrote to shareholders of Lekoil Cayman.

Mrs. Muhammed-Oyebode called shareholders attention to the petition presented by the chief executive officer of Lekoil Nigeria Limited to wind up Lekoil Limited (the Company).

She said: “I write to you today to alleviate any concerns that you may have regarding this petition and assure you that that it is not the intention of Mr. Akinyanmi nor Lekoil Nigeria to compromise the integrity of your investment in the Company.

You may recall that I wrote to you in December 2020 following the requisition of an extraordinary general meeting by Metallon Corporation. In my letter I foreshadowed the efforts to take over your Company by the back door by Metallon Corporation and various other activist institutional shareholders, without making a formal offer for your shares as required by the Company’s articles of association, and without offering fair value for your company”.

The Lekoil chairperson added that recent events have proved her predictions correct as the board of directors of the Company (the Board) have entered into agreements with Savannah Energy Investments Limited (Savannah), a wholly owned subsidiary of Savannah PLC, in an attempt to hand over control of and the entire assets of the Company have effectively been handed over to Savannah for £855,000 funding under a convertible funding agreement and US$1,000,000 funding under an option agreement. We believe the assets of the Company are conservatively worth in excess of US$500 million, with the producing asset of the Company’s Otakikpo asset alone is conservatively valued at US$200 million.

Explaining further, Mrs Muhammed-Oyebode said that “in the absence of any substantial operations, the funding raised from Savannah will be applied to pay the fees of the directors and other advisers such as SP Angel and Tennyson Securities. Shareholders are unlikely to receive a penny of the funds raised by the Company, nor will they be invested in the underlying assets of the Company. The Board further announced on 1 April 2022, the fees to be paid to the directors of the Company for the current year (amounting to approximately US$290,000) and an intention to further dilute your shareholding (potentially by a further 20%, following on from the approximate 40% dilution that you have already suffered this year) through the issuance of shares pursuant to a contractor services arrangement”.

Lekoil Nigeria, according to her, has only ever sought to protect the interest of shareholders and create long term value for shareholders. Lekoil Nigeria has been committed to developing its assets and increasing production from its producing asset, Otakikpo.

It will be recalled that consistent with its efforts to protect the interests of shareholders, in December 2021 Lekoil Nigeria announced a cash offer to acquire shares of shareholders wishing to exit their investment at 1.9p and a share exchange offer for those shareholders wishing to continue in their investment in the Lekoil group. The Board however took steps to ensure that these offers could not be easily accepted by shareholders. Instead, the Board resolved to issue new shares to Savannah at 25% of the price offered for your shares by Lekoil Nigeria pursuant to the cash offer and effectively agreed to hand over the entire assets of Lekoil Nigeria Limited to Savannah for US$1,000,000 under the terms of the Option Agreement that you are being asked to approve at the extraordinary general meeting scheduled for 7 April 2022 (whilst proposing to pay themselves approximately $300,000 per annum).

The Lekoil Nigeria chairperson further disclosed Lekoil Nigeria considers that the Board of Lekoil Cayman has knowingly entered into financing arrangements that will lead to a significant diminution in the value of your investment. This has been done intentionally and is the culmination of a takeover attempt orchestrated initially with Metallon Corporation and now being implemented with Savannah.

Mrs Muhammed-Oyebode further said that “In the circumstances, the chief executive officer, Mr. Olalekan Akinyanmi (who is the single largest non-institutional shareholder and the founder of the Company), had no choice but to petition the Grand Court of Cayman Islands (where the Company is incorporated) for a just and equitable winding up of the Company, on the grounds of the oppressive conduct of the Board, whilst at the same time seeking to set aside the agreements entered into with Savannah and the unauthorised issue of shares to Savannah and other parties.

“Shareholders should not however be alarmed. Mr. Olalekan Akinyanmi is seeking to ensure that shareholders that placed their trust in himself and the Company do not lose their investment as a consequence of the de facto takeover of the Company that the Board has concluded with Savannah. The petition together with the efforts to set aside of the transactions with Savannah are intended to ensure that the interest of shareholders are fully protected.

“Shareholders should understand that the steps that have been taken by Mr. Akinyanmi, the founder of the Company, are intended to protect your interest. It is time now to place your faith in the right party.”

Related Topics:Lekoil shareholders file winding up petition to prevent value loss
Up Next