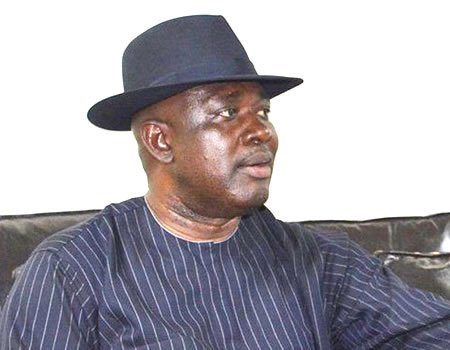 Former Minister of State for Agriculture and Rural Development, Senator Heineken Lokpobiri, and Bayelsa State governorship aspirant under the platform of the All Progressives Congress (APC) Ebegha Tarelayefa, have expressed sadness over the killing of an APC chieftain, Sunday Frank-Oputu.

The APC stalwart was on Wednesday morning assassinated by unidentified gunmen at his Bay Bridge residence in Yenagoa, the Bayelsa State capital.

The assassins shot him dead through his bedroom window which he allegedly left open to get fresh air because there was no light in the neighbourhood on the fateful day.

Speaking on the gruesome murder of Frank-Oputu, Lokpobiri described the gory killing “as one too many”, averring that the killing was barbaric, primitive and an act of cowardice.

While he commiserated with the family of the deceased, the people of Igbomotoru community of Bomo clan and the entire Southern Ijaw Local Government Area for the irreparable loss, Lokpobiri called on the security agencies to carry out thorough investigation and bring the perpetrators to justice.

Also lamenting the murder of the APC chieftain, Mr Ebegha Tarelayefa, expressed sadness over the killing, saying the state was tired of unresolved murders.