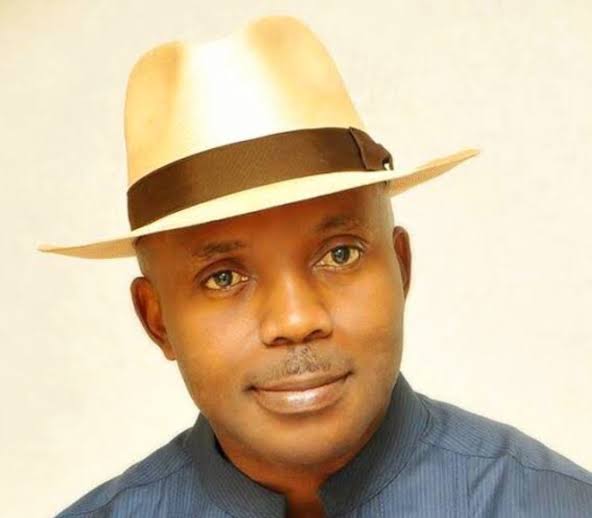 UGHELLI – The Member Representing Bomadi/Patani Federal Constituency, Honourable Nicholas Mutu, said his intention to seek reelection for the seventh term was a response to a divine call.

Mutu stated this when he paid a consultative visit to People Democratic Party (PDP), delegates at Uduophori town in Patani Council Area and Bomadi town in Bomadi Council Area of Delta State positing that God’s mandate for him his seventh term in the National Assembly, thereafter he will seek for other elective positions.

The Federal House of Representative aspirant said, since 2023 will usher in new leadership in the Federal level, it was wise for the delegates to elect an experienced hand into the National Assembly for him to attract development to the Federal Constituency.

Mutu further denied rumour going around that he endorsed Hon. Basil Ganagana to take over from him in 2023, added that the video clips and clergymen who were around during the said gathering for endorsement denied knowledge of it.

The Federal Lawmaker appealed to the delegates to look at his antecedent from 1999 to date as he has attracted and affected every town and community that makes up the Federal constituency.

He affirmed that he has been a true party man despite his travail and persecution due to his ranking position in the National Assembly, but still remains faithful and refused to be bought over by the All Progressive Congress (APC).

Some of the party leaders from Patani Council including Chief Jerry Uwhredede, Chief Godbless Oromoni, Chief Josephine Abeki, and Barrister Brave Enodeh all acknowledged Mutu’s development stride in their various communities urging the delegates to support and vote for him.

Also, Deacon Godwin Maze and Flemming Carter who spoke on behalf of Bomadi PDP leaders urged the delegates to cast their votes for the man who has touched lives in all ramifications in the Federal constituency.