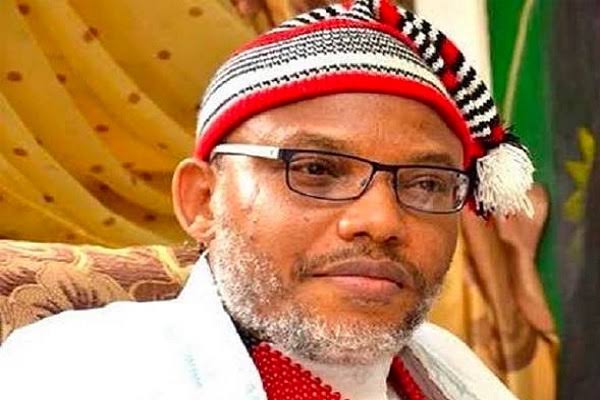 Mbazulike Amaechi, a first republic Minister of Aviation, has said that the leader of the Indigenous People of Biafra, IPOB, Nnamdi Kanu will be released soon.

Amaechi stated this while addressing journalists in Onitsha, Anambra State, ahead of Kanu’s trial on Friday.

Sometime last year, the former minister visited President Muhammadu Buhari alongside a delegation over the release of Kanu.

However, he said that the activist was not released despites the president’s promise.

He explained further that Igbo elders met with President Buhari shortly after Kanu’s arraignment in court and said that ongoing negotiations indicated that Kanu would be coming home soon.

According to him: “Buhari gave us an audience and ever since then, negotiations between us and the Federal Government have been on to free Kanu.”

“Although, I am disappointed that up until now, Buhari has not released him despite assurances he gave to us on the day we visited him in Aso Rock, all hope is not lost as we are sure that Kanu will soon be released based on the ongoing negotiations.

“I will call on those agitating for one thing or the other to remain calm and be hopeful. Although, these agitations have demonstrated that only the release of Kanu will stop the agitations and we are working towards his release.”

Related Topics:Nnamdi Kanu Will Be Released Soon – Mbazulike Amaechi
Up Next