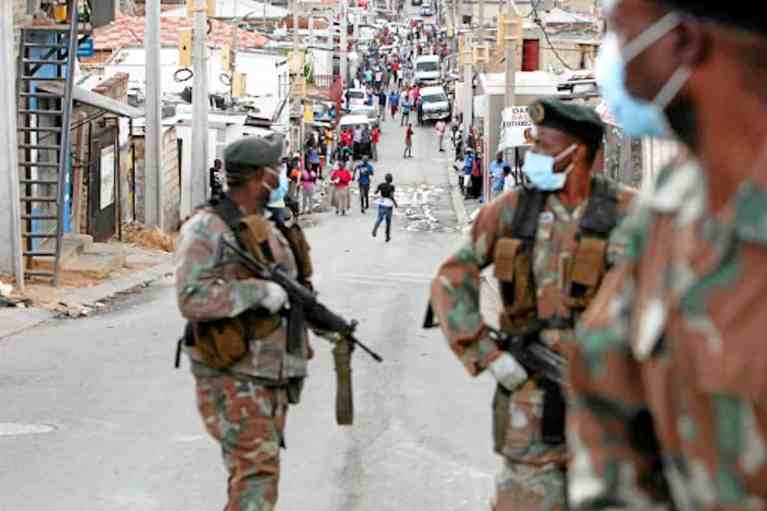 The South African military has disclosed that it is set to deploy more than 10,000 troops to help in humanitarian rescue and operations in KwaZulu-Natal province.

The province has been in serious distress since last week, following the catastrophic floods that has now claimed over 443 lives with scores still missing.

Up until yesterday, rescuers were seen searching for bodies of victims who either got swept away by intense waves, or got trapped in the wreckage caused by the disaster.

KwaZulu-Natal province has been declared by the government of South Africa, as a disaster area as the floods have been described as one of the worst to ever hit South Africa, recording the highest number of deaths and damaged property.

The South African National Defence Force (SANDF) said its troops will engage in the search and rescue operations, and also help in ensuring that aid is transported to victims.

Predictions of more heavy rainfalls have been received with fear and anxiety by those living in these flood-prone areas, as the lingering floods have left them traumatised.

Some of the affected communities are completely trapped within their immediate surroundings, as roads have cut off, and bridges collapsed beyond use.

Related Topics:000 Troops to Flood-Ravaged KZNSouth Africa to Deploy 10
Up Next