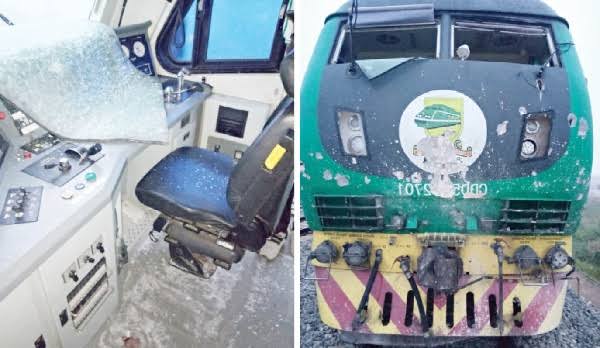 ABUJA—TO avert a repeat of the recent bandits’ attack on a Kaduna-Abuja bound train that claimed eight lives with scores injured of which many passengers are still in captivity, President Muhammadu Buhari has approved a railway surveillance contract.

Said the source: “At the September 24, 2021 FEC meeting the Minister of Transportation, Mr. Chibuike Rotimi Amaechi presented a memo for the procurement and installation of electronic surveillance equipment system and intervention unit on the Abuja to Kaduna rail line. The memo proposed a monitoring and surveillance system that would detect any intrusion on the rail and an emergency response system. However, the memo was discredited and stepped down.

“The manner the memo was stepped down was indeed surprising and unusual. Amaechi was explicit on the need and urgency of the security surveillance contract. As a matter of fact, he said that there are security reports from the security agencies, indicating that bandits would attack the rail line any time. And it was because of these security reports that Amaechi proposed this security solution for the rail line. And he was very clear about it. But the FEC was just harping on brand; asking Amaechi severally what brand of equipment will be bought, who the manufacturers are and so on. And this is very unusual at FEC meetings. Usually, those small details are handled by Bureau for Public Procurement, BPP. And BPP had already approved this contract. The memo had the BPP approval before it came to FEC.

Even when Amaechi pleaded that he will go back and get all the technical details and present them at the next FEC meeting, the plea was rejected and the memo was killed on the spot. “And this I must say again is very very unusual. I can’t even count the number of memos from other members of cabinet that had gone through FEC approval without all the technical details at the onset. These details are usually worked out with BPP. And in this Amaechi’s case, there was already a BPP approval, with a certificate of no objection for the contract.”

The source added that the story in the public domain now is misrepresenting and distorting the Transport Minster’s remarks on the issue of it being a pilot programme; “what Amaechi said was that the security surveillance and response for Abuja-Kaduna would be the pilot one, the first of such security surveillance and intervention systems that may be later replicated in other rail corridors, depending on specific need of each.”

The source dismissed the issues raised about the contractor, Messrs Mogjan Nigeria Limited/Cagewon Dot Net Limited. “The number of years the company has been in existence does not take away its competence and ability to execute the contract successfully. “

Were they found to be unable to execute the job? The answer is obviously no. So condemning the firm just because it’s relatively young is like giving a dog a bad name in order to hang it. What we should be looking at is their competence and ability to do the job, which was not in question. Whatever may have been the deficiencies in that memo for the rail surveillance was not strong enough to kill the memo at FEC. Perhaps, if we had the security surveillance in place, the bandits’ attack would have been averted. This is why we should not play politics with everything, especially with lives. However, I am glad that the President has approved the contract to secure the rail line,” the source disclosed.