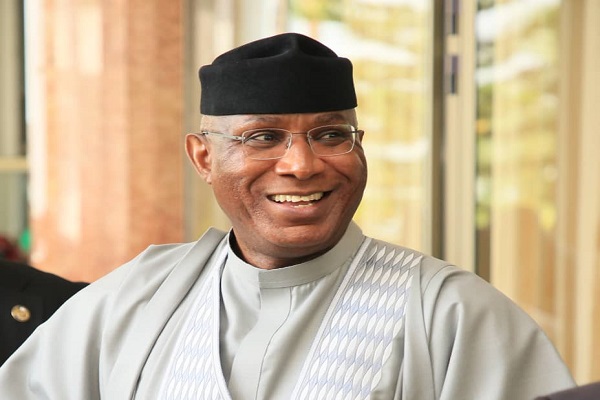 Deputy President of the Senate Ovie Omo-Agege has said he is in the governorship race to liberate the people from decades of misrule by the Peoples Democratic Party (PDP).

He spoke in Patani Local Government Area, when he received some chieftains of the PDP – John Agori; Perez Nduku and Godbless Abiamaowei – and their supporters, to the All Progressives Congress (APC).

According to him, the people of Patani have nothing to show since 2015, but he is seeking to erect a new Delta that would be anchored on his EDGE agenda.

He said: “PDP is used to doing the same thing over and over again, and expecting a different result; the same underdevelopment and you expect to bring happiness to the people.

“We want to create sustainable empowerment and employment opportunities for our people. We are also looking for opportunity to bring infrastructural development to our people.”

Omo-Agege also promised to ensure lasting security in the state, just as he listed several development projects he had attracted to his Delta Central Senatorial district.

The governorship hopeful thanked the defectors for deciding to leave their comfort zone and join forces with the APC to liberate Delta state.

In their separate remarks, the defectors described the PDP as a party that encourages mediocrity, but lauded the development strides of the Deputy Senate President in his senatorial district.

Related Topics:by Omo-AgegeWhy I want to be governor
Up Next