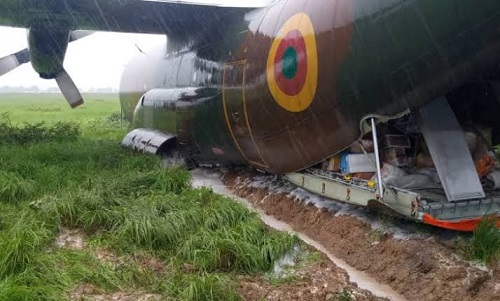 No fewer than 11 people have been killed in a tragic plane crash in Cameroon.

The plane was said to have veered off signal on Wednesday a few moments after it took off.

He said in a statement that air traffic control lost contact with the plane, which was later located in the forest near Nanga Eboko, around 150 kilometres (90 miles) northeast of the capital, Yaounde.

According to Cameroon24, the tragic incident occurred at around 2 pm on Wednesday, leaving no survivors.

Related Topics:11 killed in tragic plane crash in Cameroon
Up Next

Senator Saraki: How I introduced ATM to Nigeria’s banking sector