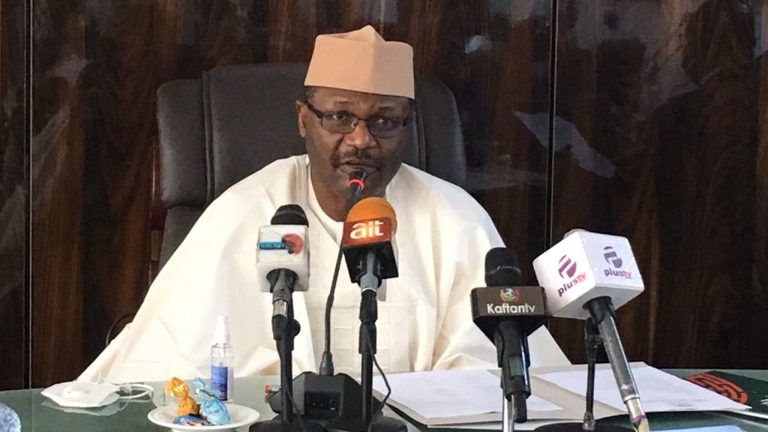 The Independent National Electoral Commission (INEC) has reacted to the rumoured presidential ambition of the Central Bank of Nigeria (CBN) Governor, Godwin Emefiele.

TrackNews had reported that a group of farmers purchased the presidential nomination and expression of interest forms of the ruling All Progressives Congress (APC) for Emefiele.

The CBN Governor, in a swift response, claimed that he had not decided on the presidential race and would purchase the forms by himself if he decided to run for the presidency.

Emefiele, however, headed to the Federal High Court, Abuja Division to seek interpretation of the constitution and public service rules on public servants seeking elective positions while in office.

Reacting to the development, INEC stated it was watching with keen interest the reports surrounding the presidential aspiration of the CBN Governor.

In a statement on Monday by the spokesman to INEC Chairman, Rotimi Oyekanmi said it would soon take a decision on the matter if Emefiele eventually joins the 2023 presidential race.

Oyekanmi added that the electoral agency might move its sensitive materials which were being kept in the custody of CBN.

The statement reads: “The strategic partnership between the Central Bank of Nigeria and the Independent National Electoral Commission which enables the commission to store its sensitive election materials with the CBN, has been in place for many years and beneficial in several ways.

“However, if and when he eventually does, the commission will look at the implications and take a decision on what becomes of the long-standing strategic partnership with the CBN.”