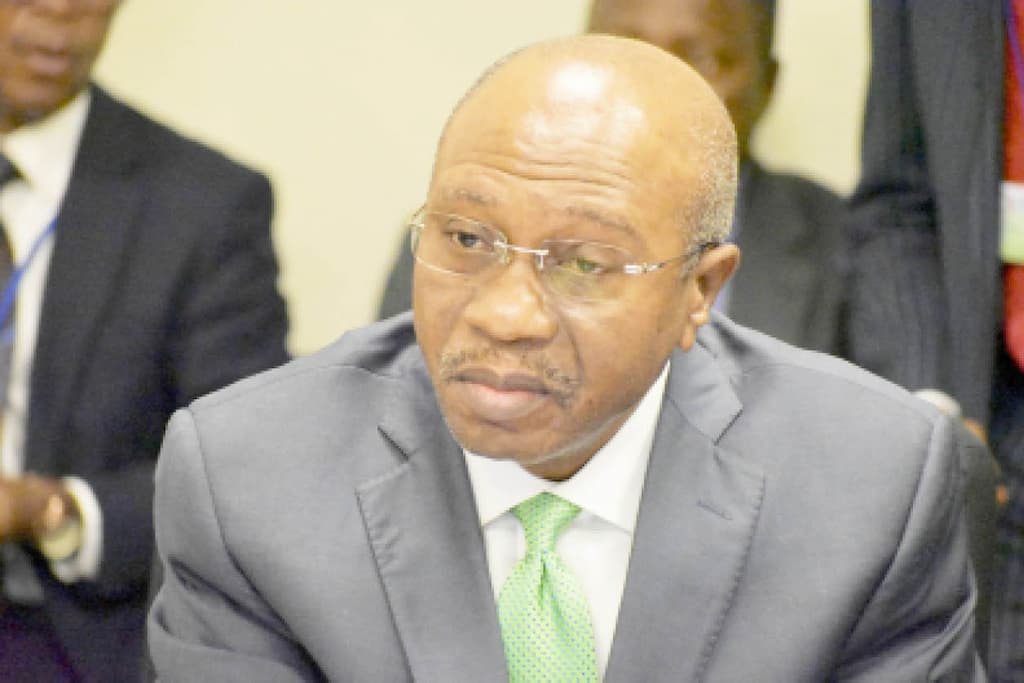 Nigerians have taken to social media to express anger after the Governor of Central Bank of Nigeria (CBN), Mr Godwin Emefiele, picked the expression of interest and nomination forms to contest the presidential ticket of the All Progressives Congress (APC) ahead of the 2023 general elections.

While some lamented that Emefiele was gunning for the presidency when the country’s economy is in a shambles, others wondered when he became an APC member.

Emefiele picked the N100 million forms from the party’s organising secretary at the International Conference Centre (ICC) in Abuja, on Friday morning.

His decision to run for the office of the president followed months of speculations regarding political aspirations of the Agbor, Delta State-born former managing director of Zenith Bank.

Emefiele had, in response to the move to vie for Nigeria’s number one office, asked speculators not to distract him, saying he would rather focus on fixing Nigeria’s monetary policies and aligning them with the federal government’s fiscal policies.

Speculations have been rife that Nigeria’s number one banker is being primed by some political interest to run for the office, an offer he has found difficult to resist.

Reacting to Emefiele’s declaration, a Twitter user, @Albazzini said, “This is the height of it. As CBN boss, now I know why Nigeria is sliding downwards to zero…both head and tail…is nothing to write home about.”

One Elom Iyke Ubomchi wondered if Emefiele had been a card carrying member of APC all along, saying, “this is becoming very ridiculous.”

“He should, please, resign as the CBN governor. The economy is in shambles, yet those running the economy are declaring for president; with what scorecard? Quite shameful,” he added.

“How many people will Buhari anoint for a single office and seat? The way it’s Buhari can’t save the situation,” he stated.

Related Topics:2023: Our Economy Is In ShamblesNigerians Fault Emefiele’s Declaration
Up Next