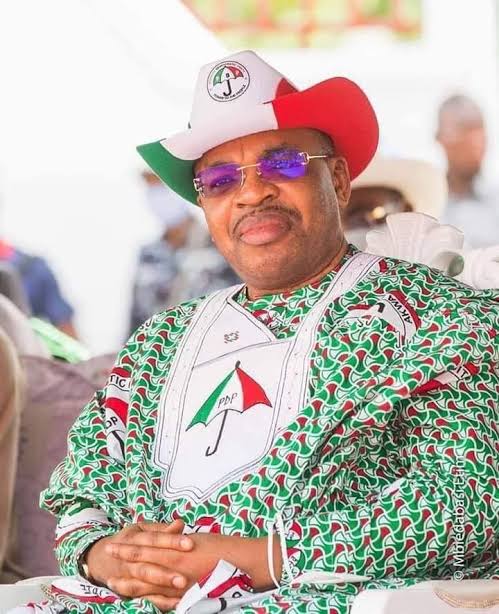 Akwa Ibom State Governor, Mr Udom Emmanuel has applauded the peaceful and equitable conduct of congresses for the three-per-Ward ad-hoc delegates election across the State.

Speaking at the QIC Group School, Awa Iman, in Onna, where he joined other members of the PDP in Awa Ward 1 for the exercise, the Governor commended the impressive turnout of party faithful and the brotherhood exhibited in the exercise.

He congratulated the trio who emerged winners at the Awa Ward 1 congress in Onna and other wards actress the State and expressed hope that the delegates will represent their constituencies well in the upcoming party primaries.

The returning for Awa Ward 1, Obonganwan Abigail Akpan, from Ikot Ekpene Chapter of the PDP, thanked the Governor and leader of the party in the state for coming down to participate in the adhoc delegates’ election in the ward. She also thanked the party faithful inward for maintaining a conducive atmosphere yielding to the smooth conduct of the exercise.

Mercy Akainyene scored 45 votes, Ubong Ekefre 52, Nkanang Nkanang 36 of the 133 total votes, to emerge winners in a contest that saw the adoption of option A4 method by the returning officer.