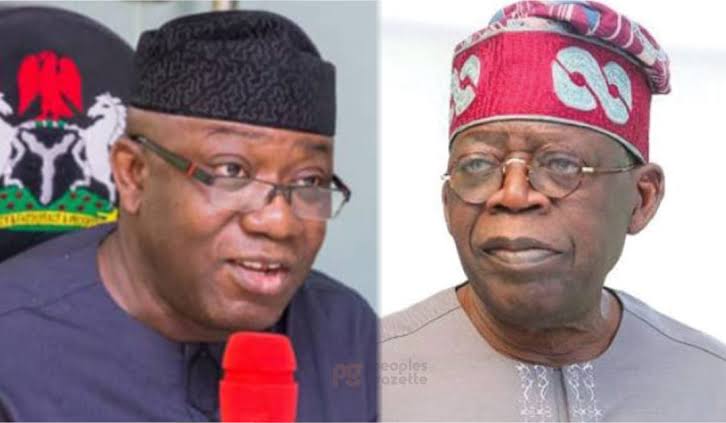 The Governor of Ekiti State, Kayode Fayemi on Wednesday denied betraying the National Leader of the All Progressives Congress, Bola Tinubu.

The Chairman of the Nigerian Governors Forum (NGF) in his statement noted that the office of the President is not an inheritance.

This is coming a few hours after Fayemi declared his intention to contest for the presidency under the ruling party in 2023.

Fayemi during an interview on Channels TV said the ambition of presidential aspirants in the party is to make a difference in the lives of Nigerians.

He said, “The Asiwaju that I know and have interacted with will not subscribe to demonising anyone. I don’t believe that he would use terminologies like betrayal, this is not an inheritance; it is not a traditional title that we are seeking.

“The office that we are seeking is to make a difference in the lives of Nigerians. It is about Nigeria which is the commonwealth of all Nigerians.”

Fayemi is expected to contest against the likes of Vice President, Yemi Osinbajo, Rochas Okorocha, Chris Ngige, Rotimi Amaechi, Yahaya Bello, Ibikunle Amosun and several other aspirants in the party.

Related Topics:2023 Presidency: Fayemi Speaks On Betraying Tinubu
Up Next