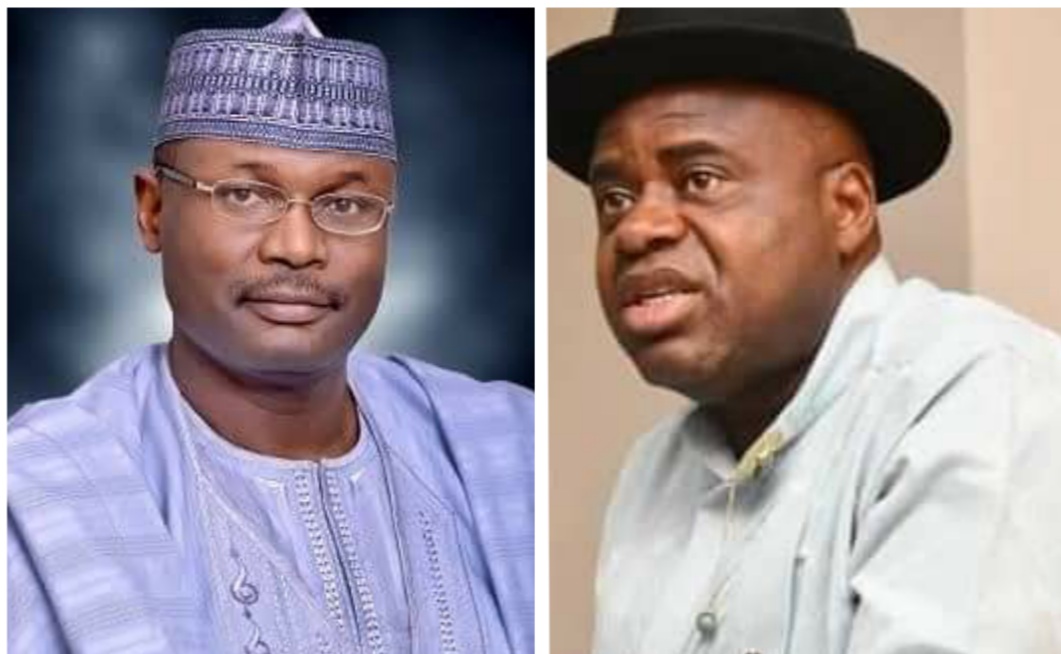 As the politicking gathers steam, political parties and politicians are upping the antes to realise their ambitions. Thus, it has become imperative to beef up security in Bayelsa State.

Indeed, the relative peace witnessed in the State since after the political upheavals thrown up by the Supreme Court judgement of February 13, 2020, needs to be sustained, and even improved upon by the law enforcement agencies.
At the risk of sounding alarmist, recent incidents of criminal acts in the state are signposts to what might be the scenarios in the forthcoming party primary elections and the 2023 general elections in the state.

Already, at least, eight dastardly incidents have occurred in close successions in Ogbia, Yenagoa City and Ekeremor Local Government Area, hence attesting to the apprehensions. Thus, there is dire need to quickly tame men of the underworld, so as to curb the spate of violence, without further delay, especially, as the elections inch closer. Most recently, commuters returning from a funeral at Kugbo in Rivers State, were attacked at the River along Otuabagi-Ogbia. The Police in Yenagoa said two passengers were killed, while others sustained injuries from the sporadic gun shots by the attackers, and that the perpetrators were being trailled.
On May 12, 2022, one Chief Amalala Godwin Atua, Financial Secretary of the Peoples Democratic Party (PDP), Bayelsa State Chapter, narrowly escaped death in the hands of yet to be identified assassins. Mr. Ebiye Agu Ogoli, Publicity Secretary of the party in the State, announced this in a press statement.

Also on May 12, 2022, the police in Yenagoa, nabbed one Mr. Seibo Dokubo of Degema, Rivers State, and one Mr. Boma Daniel of Patani, Delta State, for alleged gun-running and kinapping plot. Police Public Relations Officer (PPRO), SP Asinim Butswat announced this in Yenagoa, disclosing that the suspects were arrested along Ayama-Yenagoa Road.

In another incident in the state capital, Mr. Sunday Frank Oputu, a stalwart of the All Progressives Congress (APC) was mercilessly killed in his sleep, by persons yet to be identified. He hailed from Igbomatoru-One in Southern Ijaw Local Government Area. Mr. Oputu’s, assassination is being investigated by the police.
Shortly after Mr. Oputu’s murder, Hon. (Dr.) Fred Agbedi’s house was wantonly destroyed at his Aghoro hometown in Ekeremor Local Government Area. Agbedi is a House of Representatives member, re-contesting the Seat on the platform of the Peoples Democratic Party (PDP). His brother’s house was also razed in the arson carried out same day in the community.

Soon after the above-mentioned incidents, security operatives foiled a kidnap plot. The two suspected kidnappers were nabbed at Biogbolo-Epie in Yenagoa, while trying to buy guns and bullets to swoop on their target.

In another incident, a high court in Yenagoa, where a political matter involving factions of the All Progressives Congress (APC) is being handled, was attacked. The proceedings were disrupted, as the judge and others scampered for safety.
Before these occurrences, a group of youths had caused pandemonium along Epie axes in Yenagoa City, where they brandished lethal weapons, burnt cars.

These acts are indications that if Federal security agencies and the State Government do not redouble efforts, more dastardly acts could occur, before and during the forthcoming primary and general elections in the state. Criminals could be hired to unleash politically motivated violence in the times ahead. Non-politically motivated criminals might also use the elections as opportunity to carry out their nefarious activities against law-abiding citizens. The rate of robbery, phone-snatching, rape, kidnapping, ritual killings, cult and drug related crimes often increase in election seasons, and culprits easily escape.
Therefore, the police and other security agencies ought to spread their dragnets to catch criminals and deal decisively with anyone caught, so as to deter others. The Federal Government should not wait until it is election days when it usually deploys 35,000 personnel to provide security.

Political parties need to advise their members and aspirants to shun violence in course of their politicking. In fact, parties should slam stringent penalties against members who engage in or allow themselves to be used for politically motivated violence. Contestants who perpetuate violence could be sanctioned by their parties, so as to curb acts inimical to peace and order. The INEC could do same, and also sanction erring political parties, based on the electoral and criminal laws.
Supporters of contestants should be advised to shun being used as pawns to cause breach of the peace for the sake of the ambition of their political masters. Bayelsa youths need to realise that politicians do not use their children and relatives as thugs, hence they need to avoid being used as tools to perpetuate violence. Die-hard supporters ought to apply Solomonic wisdom, by avoiding being used to mobilise hate and violence against another aspirant, because after the battle, politicians wine and dine together, leaving some fans to carry on the enmity, amid suffering.

To curb acrimony, as well as attract the electorate, issues-based political campaigns devoid of abuses is the potent strategy to market the unique selling proposition (USP) of an aspirant or a candidate to voters. Parties and contestants should therefore, also enlist the services of professionals to apply integrated political communication methods as well as use integrated media strategy in their campaigns.

Continuous voter-education is vital for the enlightenment of the citizenry in order to implement a smooth electoral programme. Hence, it is important for the INEC; National Orientation Agency (NOA); NGOs and the mass media, to proactively carryout voter-education programmes, instead of waiting until few days to the elections.

The mainstream media should also adhere to ethics and rules of election coverage, grant free access and right of reply in aspects so provided in non-statutory and statutory codes of bodies such as the NUJ, BON, NCC, NPC, NBC, APCON, NIPR, besides INEC’s guidelines. The use of social media for political campaigns, have to be within the confines of the laws and ethics of public communication.
Let it be known that the essence of election is not solely for realization of the selfish interests of candidates, but to allow delegates and adult citizens freely decide who will represent them in public offices to steer development. Therefore, all stakeholders should ensure that the current electoral processes will be peaceful, free and fair, to enthrone credible and capable leadership in the polity.

And the elixirs to achieving a smooth electoral process and good governance are adherence to democratic ethos, sportsmanship attitude, issues-based campaigns, as well as maintenance of law and order. Bayelsa State is one large family. Before and after politicking, it will still be one family. Therefore, oneness, peace and development, should be the watchwords of everyone.

Related Topics:2023: TOWARDS PEACEFUL ELECTIONS IN BAYELSA STATE
Up Next

Diri And Dickson, Bayelsa’s Expectation For these Two.