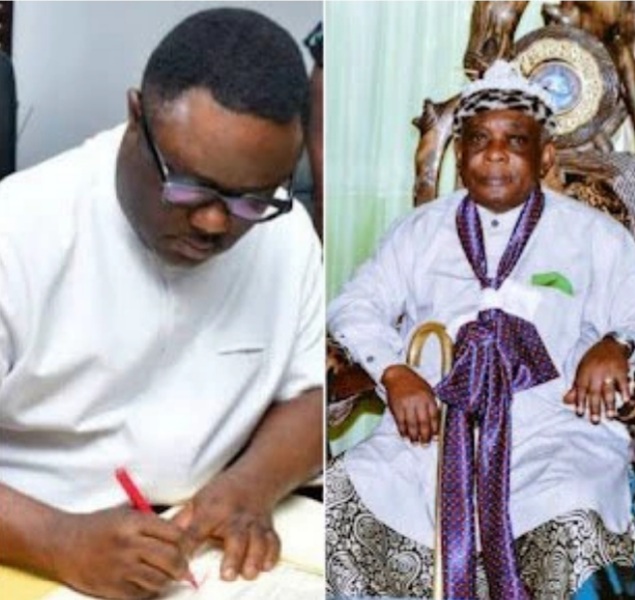 Governor Ben Ayade of Cross River State has ordered the withdrawal of the Certificate of Recognition issued to the Paramount Ruler of Calabar South, Prof. Itam Hogan Itam with immediate effect.

The governor’s order was contained in a letter dated 11th May, 2022 and signed by Mr. Adoga Ifop Victor, the Special Adviser to the governor on Chieftaincy Affairs.

Prof. Itam was accused of dabbling into partisan politics.

“Following the report of the panel set up by the Cross River State Traditional Rulers Council (CRSTRC) and the approval of His Excellency, you have been removed as the village head, Clan head of Ukem and Paramount Ruler of Efuts with immediate effect to enable you go ahead to do your partisan politics. “You therefore ceased to be so recognised and cannot operate as such forthwith.”