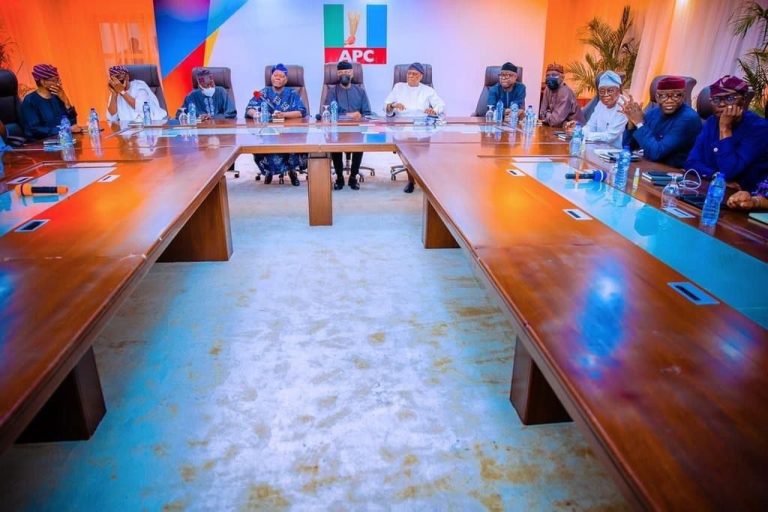 South-West leaders and presidential aspirants in the All Progressives Congress on Friday concluded that the region produces the presidential candidate of the party ahead of the 2023 general elections.

The agreement was disclosed by the former National Chairman of the party, Bisi Akande while addressing newsmen at the end of a meeting held at Lagos House on Friday night.

Akande stated that aspirants for all political positions in the region and other leaders are united.

The party leader and presidential aspirants also agreed “to talk to themselves and the public with absolute decorum”.

Akande said, “We are united as we will ensure that the presidency of the Federal Republic of Nigeria will come to the South-West.

“We had a fruitful discussion. We also resolved that everybody should maintain absolute decorum because we are united.”

2023: PDP will win convincingly if I get presidential ticket, says Tambuwal