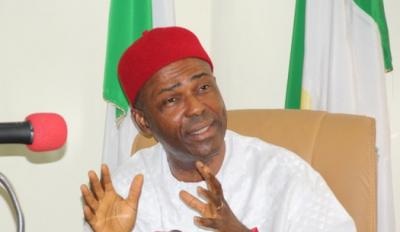 Minister of Science, Technology and Innovations, Dr. Ogbonnaya Onu has declared his interest to join the long list of presidential aspirants under the All Progressives Congress, APC.

The minister announced his interest at an event in Abuja on Friday.

The Minister stated that he deliberately delayed his announcement to allow Nigerians return from the festivities considering the importance of his ambition.

He is set to battle Vice President, Yemi Osinbajo; Minister of Transportation, Rotimi Amaechi; Minister of Labour and Employment, Chris Ngige; Governor of Ekiti, Kayode Fayemi: former Governor of Lagos, Bola Tinubu and a host of others.

2023: I’m Prepared To Hit The Ground Running As President Of Nigeria – Osinbajo