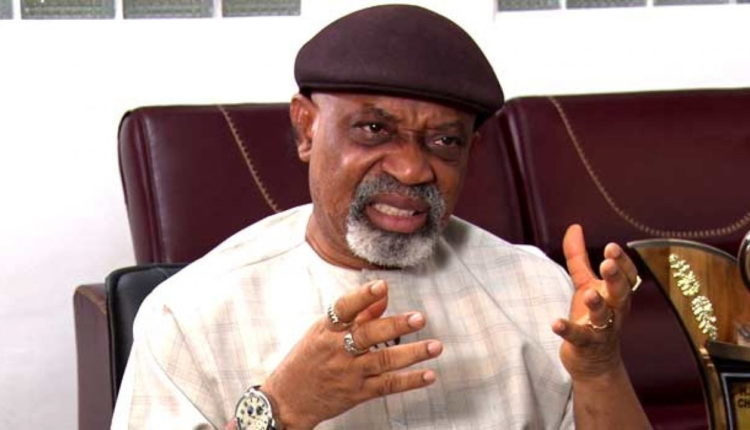 Minister of Labour and Employment, Dr Chris Ngige, on Friday, announced his withdrawal from the presidential race in 2023.

His announcement followed a valedictory session held at the Council Chamber of the Presidential Villa in the nation’s capital in honour of ministers seeking elective offices in the 2023 general elections.

According to him: “Today, May 13, I had an audience with President Muhammadu Buhari as a follow-up to the one I earlier had with him on 11th May 2022.

“Having also consulted with my family, constituents, and well-wishers, it is my pleasure to announce the withdrawal of my interest and earlier decision to contest the office of the president in the 2023 general election” 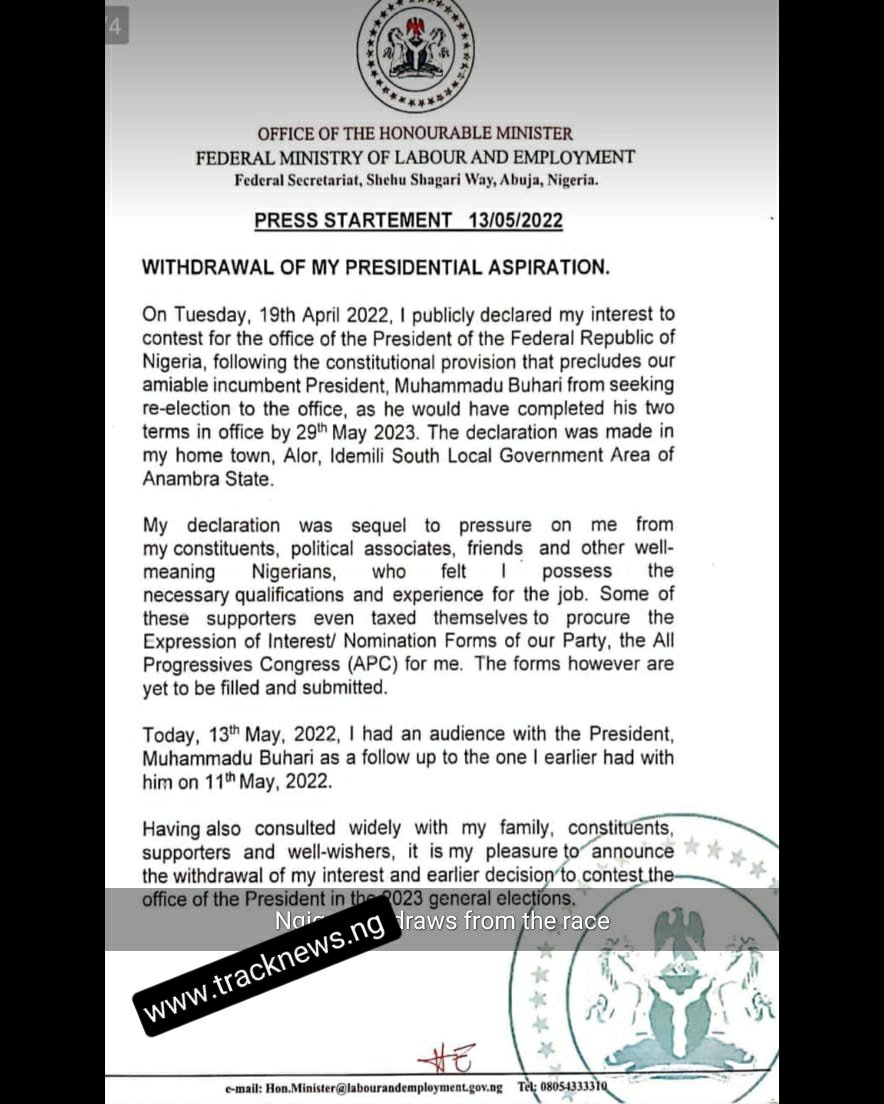 Related Topics:BREAKING): Ngige Withdraws From Presidential Race After Meeting Buhari
Up Next