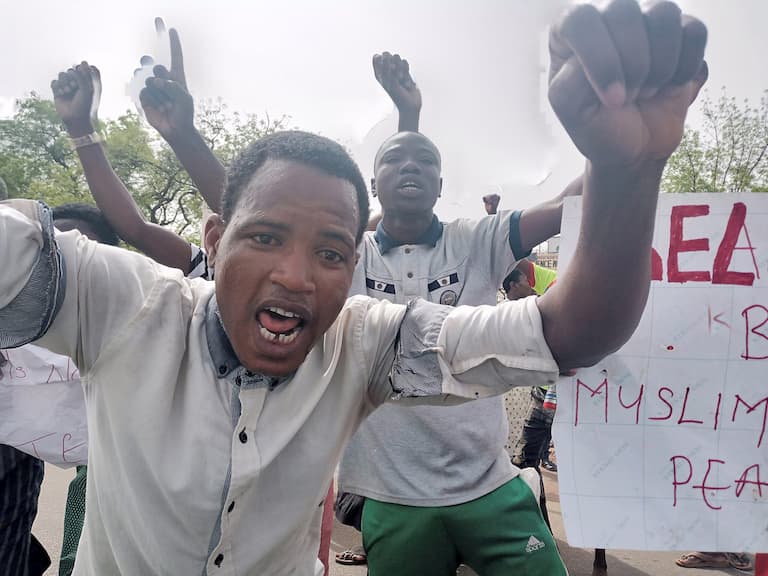 Tension has gripped residents of some parts of Sokoto State as protesters trooped to the streets demanding the release of suspects arrested over the killing of Deborah Samuel in the state.

TrackNews recalls that Deborah Samuel, a 200-level student of Shehu Shagari College of Education, Sokoto, was killed on Thursday over alleged blasphemy.

The protesters who stormed streets in large number on Saturday, wielded placards with inscriptions such as, “Release our Muslim brothers”, Muslims Are Not Terrorists”, among others.

Related Topics:BREAKING: Tension in Sokoto as protesters demand release of suspected killers of Deborah Samuel
Up Next

Blasphemy: Every tweet has to get my approval, Atiku insists