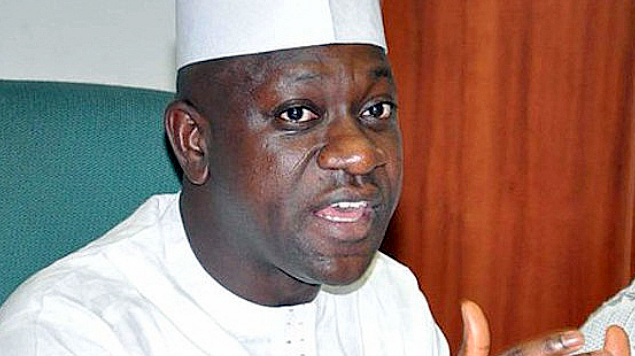 The Director-General of the Tinubu Support Group, Abdulmumin Jibrin, has dumped the All Progressives Congress.

Jibrin, a former member of the House of Representatives announced his decision to leave the All Progressives Congress (APC) via his Twitter handle on Saturday.

The former federal lawmaker said he would declare his new party soon.

“I have done my best for APC. It’s time to move on. I will announce my new political party within the next 24 hours Insha Allah. I will make a formal statement in due course,” he tweeted.

This is coming few hours after South-West presidential aspirants and leaders of the ruling APC reached an agreement Friday night, to ensure that the region produces the next APC presidential candidate.

In attendance were former National Chairman of the APC, Chief Bisi Akande, South-West APC presidential aspirants, Speaker of the House of Representatives, Femi Gbajabiamila, the governors of Lagos, Osun, Ogun, Ondo and Ekiti and other leaders.

Akande stated that the region will be united ahead of the 2023 general elections. 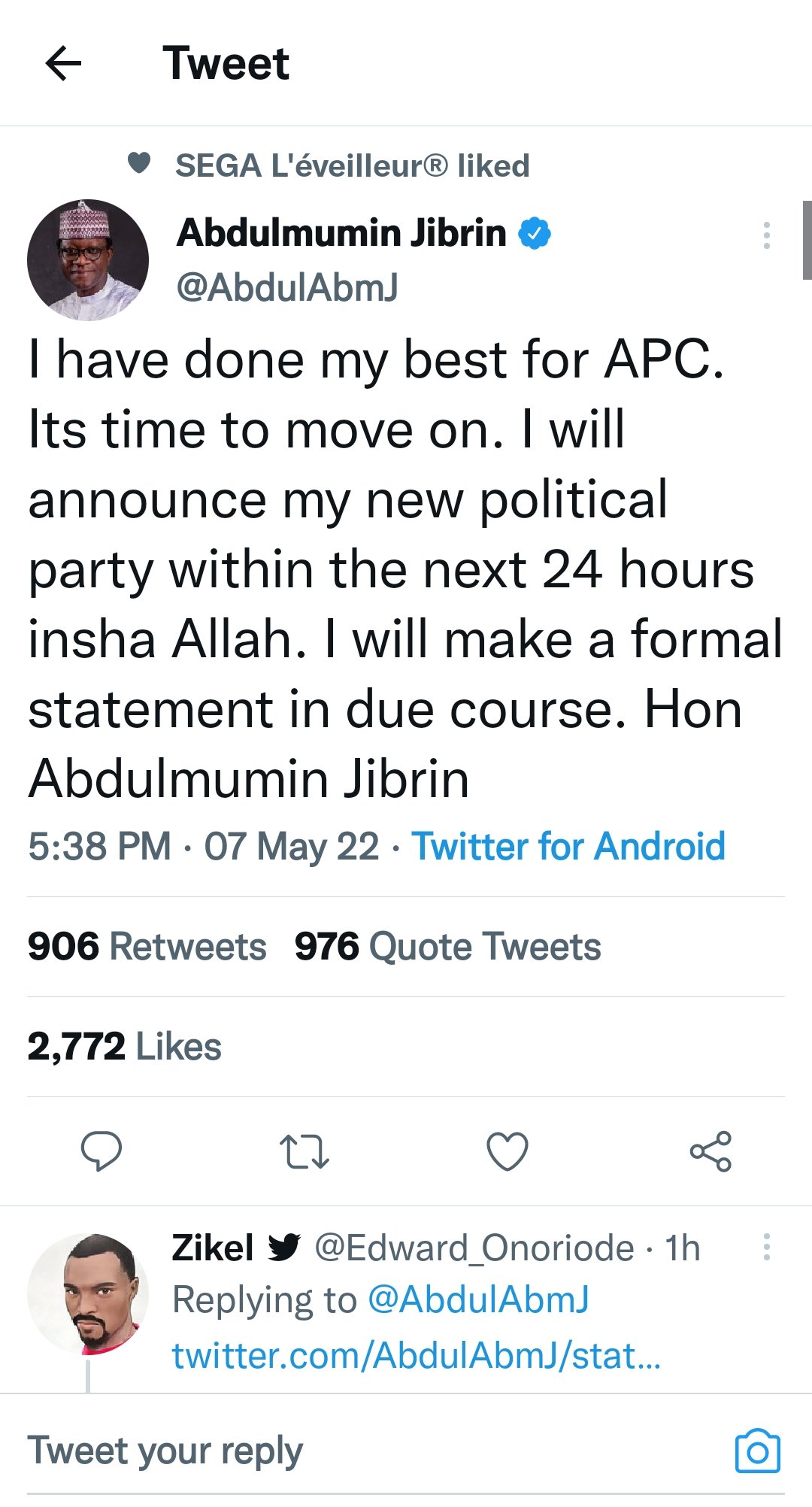 BREAKING: Airlines to shut down operations from Monday as aviation fuel hits N700