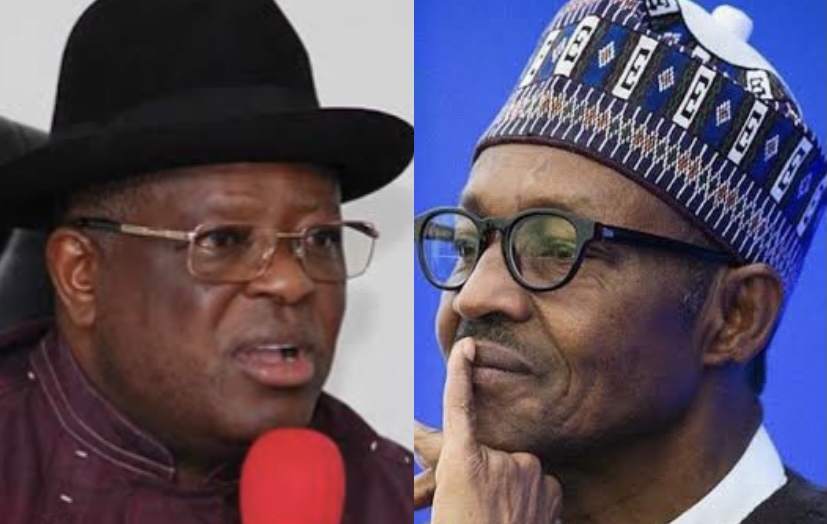 Mr Umahi, a presidential aspirant, expressed his optimism at a town hall meeting between Mr Buhari and South-East leaders in Abakaliki, the Ebonyi State capital, on Friday.

Ebonyi Governor David Umahi thinks President Muhammadu Buhari will support the emergence of a candidate of Igbo extraction as All Progressives Congress (APC) presidential candidate for the 2023 election.

Mr Umahi, a presidential aspirant, expressed his optimism at a town hall meeting between Mr Buhari and South-East leaders in Abakaliki, the Ebonyi State capital, on Friday.

Backing up Mr Umahi on the need for the next Nigerian president to be from the South-East during the meeting were the Chairman of South-East Traditional Rulers, Charles Mkpuma, and the Christian Association of Nigeria chairman in the region, Rev. Fr. Abraham Nwali.

The president had been in the state on a two-day working visit to commission some projects and meet with the Igbo leaders.

Speaking further on his 2023 aspiration, Mr Umahi said it would be morally wrong for any candidate from the South-South and South- West to vie for the APC presidential ticket if the party agreed to zone it to the South.

He said he believed strongly that the demand for the presidency to be zoned to the South-East region is on the basis of fairness, equity, justice and morality.

The South-East has not produced a Nigerian president since the return to democratic rule in 1999. The situation has escalated claims of marginalisation from the region.

On Thursday, Ohaneze Ndigbo, the apex Igbo socio-cultural organisation restated its resolve to ensure an Igbo person emerge as Nigeria’s president in 2023. The group barred politicians from South-East from accepting to play a second fiddle role as vice president in the next political dispensation.

Since the ruling APC opened the bid, scores of aspirants from the South-South, South-West, and the North, including Vice President Yemi Osinbajo, former Lagos governor Bola Tinubu, Transport minister Rotimi Amaechi and Governor Yahaya Bello of Kogi have picked their nomination forms ahead of the party’s primary.

National chairman of the APC, last week said the party has not decided to zone its presidential ticket to the South, stressing that the preferred flag bearer could come from any part of the country.

Notwithstanding, Mr Umahi commended some leaders from outside the region for expressing their support for the next president of Nigeria to emerge from the South-East.

Related Topics:Buhari would support South-East for president; South-WestSouth-South should not contest: Umahi
Up Next

2023: I’m Prepared To Hit The Ground Running As President Of Nigeria – Osinbajo